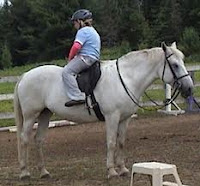 http://www.sfgate.com/bayarea/article/California-decides-chemical-BPA-is-toxic-4428719.php
California on Thursday became the latest state to place restrictions on the chemical known as Bisphenol-A and declare it a reproductive toxicant.
The chemical, commonly known as BPA, is found in hard plastic bottles, the cans of food and beverages, sales receipts and dental sealants.
Growing research suggests that BPA, believed to be found in the bodies of 90 percent of the U.S. population, is an endocrine disruptor linked to infertility and other harm.
Consumer health advocates have pushed the state Environmental Protection Agency for years to recognize that BPA causes birth defects.

http://www.fresnobee.com/2013/04/20/3266463/judge-removes-bpa-from-list-of.html
SAN FRANCISCO -- A Sacramento judge has ordered that Bisphenol-A - a controversial chemical used in plastics and metal food containers - be removed from the state's list of reproductive toxicants.
The San Francisco Chronicle reports ( http://bit.ly/14DlFmF) that a preliminary injunction issued Friday comes as the chemical industry seeks to convince Sacramento County Superior Court Judge Raymond Cadei that the chemical does not cause birth defects.
Last week the state's Environmental Protection Agency listed bisphenol-A - or BPA as the chemical is commonly known - under Proposition 65, a consumer-safety law that mandates the state publish a list of chemicals that cause cancer or birth defects.
READ MORE: http://www.fresnobee.com/2013/04/20/3266463/judge-removes-bpa-from-list-of.html