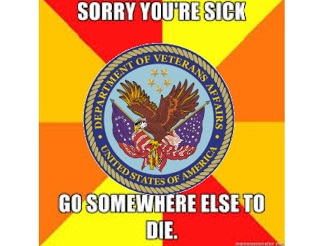 CLICK HERE FOR YOUTUBE VIDEO ON BIOAVAILABILITY
Veterans Health Benefits Administration has introduced a sly, wrong-headed new slant on our Agent Orange exposure, telling us that "bioavailability" is now a required element of proving exposure. No bioavailability...some proven impact on the body caused by whatever  it encounters...equals no exposure. Bioavailability is the fraction of a toxin (or other element) absorbed by the body.
Now, that makes some sense to a physician trying to figure out how to treat a patient exposed to a toxic element, but it makes no sense in the world of administering VA medical care and benefits due Agent Orange-exposed veterans. Long ago, Congress grew frustrated at the VA's stonewalling veterans worried about Agent Orange illnesses and took the VA's discretionary power away, telling them to work with the Institute of Medicine and identify illnesses which seemed to be associated with dioxin exposure. Illnesses such as soft tissue sarcoma and prostate cancer were identified and a list of "presumptive illnesses" was established. No longer did a veteran have to find  a wealth of evidence to put forward to a VA rating officer to convince the VA to recognize one of those illnesses as service connected. Further, Congress told the VA to recognize every veteran with "boots on the ground" in Vietnam as having "presumptive eligibility" to be able to put the string together: Vietnam service equals eligibility for service connection for any of the presumptive illnesses.
MORE: http://www.youtube.com/watch?v=kFVHn86vcO8
Posted by AgentOrangeZone at 10:13 AM