After more than two months of declining active cases of the coronavirus among Department of Veterans Affairs patients and staff, those cases are beginning to rise again.

Since about the end of July, active cases among VA patients and staff have generally dropped, reaching about 2,400 cases last week. But since Sept. 17, VA recorded more than 500 additional active cases, an about 20.8% increase in less than a week. Active cases are still lower than in August or at the beginning of September but are beginning the climb.

Though the number of patients actively sick with the coronavirus had been declining, it's still more than twice the number of active cases it had when the department hit a low point of about 1,252 on June 3.

VA has recorded 58,230 total COVID-19 cases so far during the pandemic, adding about 10,000 cases in the last month and more than 2,100 cases in the last week. That total includes active cases and those considered "convalescent," patients who are either recovering at home or who have gone more than 14 days since they tested positive. At the current rate, VA could reach 60,000 total cases by October.

Posted by AgentOrangeZone at 10:19 AM No comments:

Battered, Flooded and Submerged: Many Superfund Sites are Dangerously Threatened by Climate Change

BARRETT, Texas—Fred Barrett thought he'd wait out Hurricane Harvey at his home in this town outside Houston, founded by his great-grandfather in 1889. He prepared for heavy rain, wind and flooding.

But when the murky brown San Jacinto River jumped its banks, flooding Barrett's neighbors and an ominous cluster of four hazardous waste Superfund sites nearby, Barrett worried the catastrophic 2017 storm could fill his community with deadly toxins.

The most notorious of the sites, the San Jacinto Waste Pits, was smashed by 16 feet of water that undermined a concrete cap covering the site's toxic contents, washing dioxin downriver. A dive team from the Environmental Protection Agency later found the potent human carcinogen in river sediment at 2,300 times the agency's standard for cleanup.

Several miles upriver, Barrett, a historically Black town, shares a wooded area with the French Limited Superfund site. That toxic dump was built so close to the Barrett family homestead that, as a young man, Fred Barrett could hear the rumble of tractor-trailers hauling chemical waste, including carcinogens, down the Gulf Pump Road to a foul pond.

Posted by AgentOrangeZone at 10:16 AM No comments: 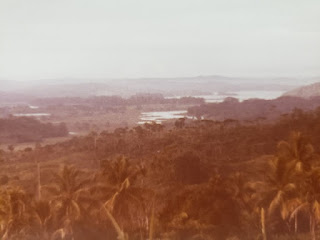 Posted by AgentOrangeZone at 10:10 AM No comments:

A U.S. military spokesman in Saigon says Agent Orange has no harmful effects on human health.

Posted by AgentOrangeZone at 9:22 AM No comments:

WASHINGTON — The U.S. Department of Veterans Affairs (VA) announced today the Board of Veterans’ Appeals (Board) reached a historic milestone, issuing more than 100,000 decisions this fiscal year (FY) 2020.

The Board also completed over 15,000 hearings with 4,000 conducted as virtual tele-hearings.

FY 2019 previously marked the highest point for decisions at just above 95,000 decisions issued.

“The Board continues to demonstrate its effort to improve and modernize VA’s appeals process,” said VA Secretary Robert Wilkie. “VA reaching this milestone ensures Veterans will receive the benefits and services they have earned.”

The Board’s modernization efforts afford Veterans the option to select a virtual tele-hearing. This hearing platform allows Veterans the convenience of having their hearings wherever they are located rather than having to travel to a VA facility.

Posted by AgentOrangeZone at 9:16 AM No comments:

At the beginning of April 2020, as concerns about COVID-19 infections increased and the President declared a national emergency, VA suspended its in-person medical disability examinations for its compensation and pension (C&P) programs. On May 28, 2020, VA resumed in-person C&P exams in locations where it was safe to do so. VA has since expanded these in-person examinations to other locations based upon local COVID-19 risk assessments.

If you require an in-person C&P exam and live in or near a resumed location, a VA contract medical exam provider will contact you. To learn more, view or download our VA Claim Exam Resumption FAQ/fact sheet. Below are the locations where we’ve resumed in-person exams.

Posted by AgentOrangeZone at 9:14 AM No comments:

Column: Time Can Make Us Forget, But Vietnam’s Toll Remains

Have you noticed that the accumulated passage of time seems to sneak up on us, then all of a sudden, we become older than we think we are?

Now, those of us who served “in-country” — a phrase unfamiliar to those who did not — find our memory of service in Vietnam something akin to a walk through history.

I recently read a fascinating collection of data in The New York Times, by Charles Thompson of the Thompson Nelson Group, that was captivating. I share some of it below.

A statistic not included is the number of people who claim to have served in the Republic of Vietnam. That number is three or four times the 3 million who actually did.

In case you haven’t been paying attention these past few decades after you returned from Vietnam, the clock has been ticking.

“Of the 2,709,918 Americans who served in Vietnam,” Thompson writes, “less than 850,000 are estimated to be alive today, with the youngest American Vietnam veteran’s age approximated to be 60 years old.”

So, if you’re alive and reading this, how does it feel to be among the last third of all U.S. veterans who served in Vietnam? I don’t know about you guys, but this gives me the chills, considering this is the kind of information I’m used to reading about WWII and Korean War vets.

Posted by AgentOrangeZone at 9:11 AM No comments:

Prostate cancer is the number one cancer diagnosed in the Veterans Health Administration, with over 489,000 veterans undergoing treatment. The bill will direct the Secretary of Veterans Affairs to establish a national clinical pathway for prostate cancer, a standardized system of care for the treatment of what is the most commonly diagnosed cancer in the veterans' health system.

“The last thing any veteran should face is yet another enemy – prostate cancer,” said Dr. Dunn. “I’m pleased to see my bill pass today. The key to overcoming prostate cancer is early detection. Veterans deserve a system that streamlines the pathway from early detection to successful treatment. I’m grateful that my colleagues recognized the importance of my bill and have joined me in defeating this deadly adversary.”

Veterans who have been in contact with toxins, such as Agent Orange, are at higher risk for prostate cancer. Establishing a clinical pathway will standardize treatment options and result in improved outcomes for these patients. Additionally, the bill creates a real-time registry to track patient progress and will allow patients greater access to cutting edge clinical trials.

Posted by AgentOrangeZone at 9:09 AM No comments:

Posted by AgentOrangeZone at 3:46 PM No comments:

Veterans advocates on Tuesday launched a new campaign for additional recognition and aid for troops exposed to toxic burn pit fumes during overseas deployments at the height of the Iraq and Afghanistan wars, saying time is running out to provide real help to the victims. 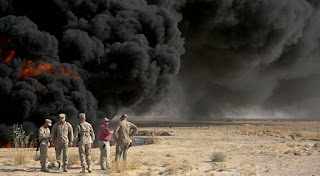 “This is not about science, this is about money,” said comedian Jon Stewart in an emotional press conference on Capitol Hill featuring numerous families of dead and dying veterans whose rare illnesses aren’t officially recognized by federal officials as stemming from burn pit exposure.

“Listen to these families … Delaying care and waiting for veterans to die is not a mantle worthy of our country.”

Tuesday’s event coincided with new legislation introduced by Sen. Kirsten Gillibrand, D-N.Y., and Rep. Raul Ruiz, D-Calif., which would provide presumptive benefit status for any veterans who served in Iraq and Afghanistan during the wars, as well as a host of other overseas military sites where burn pits were frequently used.

It can be tough to get treatment for burn pit exposure, but this project helps service members and veterans pinpoint the Pentagon documents that detail their risks.

Advocates for years have criticized the Department of Veterans Affairs for insisting that individuals prove a direct connection between the toxic fumes they breathed during deployments and rare cancers and respiratory illnesses, even though the Defense Department acknowledges little tracking was done over the years to provide a true accounting of the poisons in the air.

“Service members are returning from the battlefield only to become delayed casualties of war,” Ruiz said. “This is the Agent Orange of this generation … We need to be taking care of our veterans and saving lives.”

As many as 3.5 million veterans could be eligible for the benefits under the legislation, if they showed signs of serious, uncommon illnesses believed to be the result of toxic fumes.

Posted by AgentOrangeZone at 10:10 AM No comments:

This bill reinstates and extends through September 30, 2025, the authority of the Department of Veterans Affairs to determine and regulate diseases that warrant a presumption of service-connection after exposure to an herbicide agent. Under a presumption of service-connection, specific diseases diagnosed in certain veterans are presumed to have been caused by the circumstances of their military service. Health care benefits may then be awarded.

Posted by AgentOrangeZone at 2:35 PM No comments: 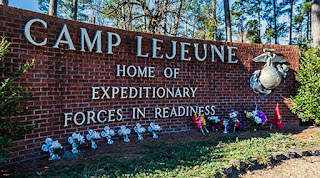 Sept. 19, 9:00 a.m. EDT. This meeting offers the public an opportunity to ask questions and express concerns about contaminated drinking water at Camp Lejeune. Please use the attached materials to communicate about the meeting with your members and stakeholders.

Questions can be submitted in advance of the meeting.

As always, thank you for your interest and support.

Posted by AgentOrangeZone at 2:31 PM No comments: