S. 2738. A bill to establish in the Department of Veterans Affairs a national center for research on the diagnosis and treatment of health conditions of the descendants of veterans exposed to toxic substances during service in the Armed Forces, to establish an advisory board on exposure to toxic substances, and for other purposes; to the Committee on Veterans' Affairs. 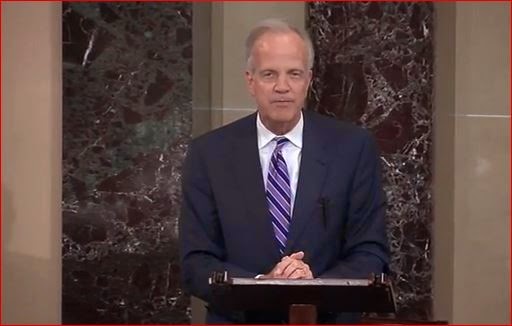 To co-sponsor this legislation, please contact Ethan Saxon at  Ethan_Saxon@blumenthal.senate.gov or Caroline Prosch, Caroline_Prosch@moran.senate.gov
Posted by AgentOrangeZone at 10:01 AM No comments:

http://tuoitrenews.vn/features/21219/vietnamese-french-woman-files-dioxin-lawsuit-against-35-us-companies
A French woman of Vietnamese origin, Tran To Nga, has stood as the sole plaintiff in the Agent Orange/Dioxin lawsuit against 35 chemical companies based in the U.S. for producing the toxic substances sprayed in Vietnam in the 1960s and 1970s.
Her 31-page complaint was sent to the Superior Court (tribunal de grande instance) based in Evry in the southern suburb of Paris, France. In May, the court sent notifications to the 35 defendants in the U.S. about the case.
The companies produced different kinds of toxic chemicals, including Agent Orange/Dioxin, which are herbicides and defoliants sprayed by the U.S. military to destroy crops and trees in Vietnam during wartime.
READ MORE: http://tuoitrenews.vn/features/21219/vietnamese-french-woman-files-dioxin-lawsuit-against-35-us-companies
Posted by AgentOrangeZone at 9:56 AM No comments:

http://axisoflogic.com/artman/publish/Article_67121.shtml
Big wins can happen in small places. The West Virginia State Supreme Court finalized a big blow to the biotech giant Monsanto this month, finishing a settlement causing Monsanto to pay $93 million to the tiny town of Nitro, West Virginia for poisoning citizens with Agent Orange chemicals.
The settlement was approved last year, but details were worked out only weeks ago as to how the funds were to be spent.
The settlement will require Monsanto to do the following:

READ MORE: http://axisoflogic.com/artman/publish/Article_67121.shtml
Posted by AgentOrangeZone at 9:54 AM No comments: 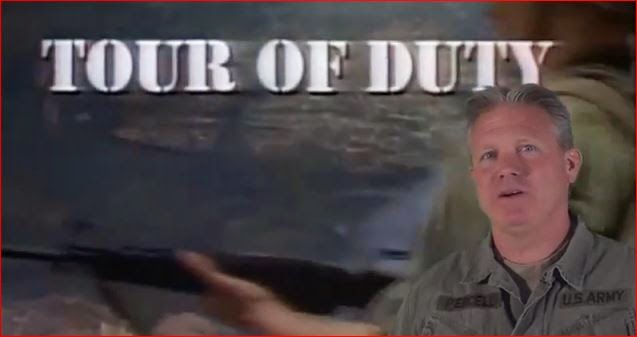 Japanese report: No evidence of Agent Orange in barrels on Okinawa

CAMP FOSTER, Okinawa — There is no evidence that dozens of empty chemical drums, unearthed last year on former U.S. military property, contained the toxic defoliant Agent Orange, according to a Japanese government report.

The Okinawa Defense Bureau of the Ministry of Defense tested the final 61 of 83 barrels that were unearthed from land adjacent to the Kadena Air Base fence line. While it found they contained ingredients used in Agent Orange, they were of the incorrect consistency and quantities, leading officials to believe they were to be used as a common herbicide.
The defense bureau also reiterated that it was unlikely that the barrels were a health risk. Tests have shown the air and water, on and off base, are safe.
“There is no evidence that the barrels contained Agent Orange,” the report said. It was posted on the defense bureau’s website earlier this month. “The soil samples that found dioxins and herbicides were taken from immediately beneath the barrels. It is highly unlikely that the ground in the vicinity area is polluted with dioxins of higher levels.
READ MORE: http://www.stripes.com/news/japanese-report-no-evidence-of-agent-orange-in-barrels-on-okinawa-1.294966
Posted by AgentOrangeZone at 8:19 AM No comments: 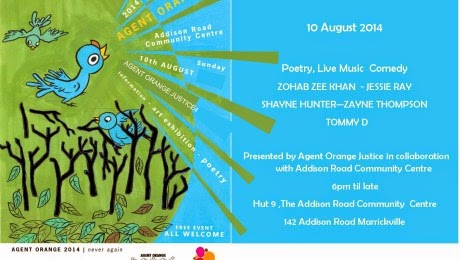 Agent Orange is a chemical the U.S military used during the Vietnam War to deny the Vietnamese and Viet Cong food and cover by spraying the herbicide on vegetation across huge areas of the country. This had horrific health effects on Vietnamese people and on Australian veterans and their families.
READ MORE: http://agentorangejustice.org.au/
Posted by AgentOrangeZone at 9:28 AM No comments: 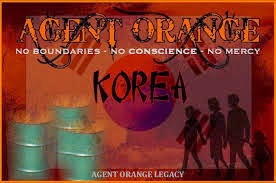 Between 1961 and 1971, military herbicides were used by the United States and allied forces for military purposes. Agent Orange, the most-used herbicide, was a mixture of 2,4-dichlorophenoxyacetic acid (2,4-D) and 2,4,5-trichlorophenoxyacetic acid, and contained an impurity of 2,3,7,8-tetrachlorodibenzo-p-dioxin (TCDD). Many Korean Vietnam veterans were exposed to Agent Orange during the Vietnam War. The aim of this study was to evaluate the association between Agent Orange exposure and the prevalence of diseases of the endocrine, nervous, circulatory, respiratory, and digestive systems. The Agent Orange exposure was assessed by a geographic information system-based model. A total of 111,726 Korean Vietnam veterans were analyzed for prevalence using the Korea National Health Insurance claims data from January 2000 to September 2005. After adjusting for covariates, the high exposure group had modestly elevated odds ratios (ORs) for endocrine diseases combined and neurologic diseases combined. The adjusted ORs were significantly higher in the high exposure group than in the low exposure group for hypothyroidism (OR=1.13), autoimmune thyroiditis (OR=1.93), diabetes mellitus (OR=1.04), other endocrine gland disorders including pituitary gland disorders (OR=1.43), amyloidosis (OR=3.02), systemic atrophies affecting the nervous system including spinal muscular atrophy (OR=1.27), Alzheimer disease (OR=1.64), peripheral polyneuropathies (OR=1.09), angina pectoris (OR=1.04), stroke (OR=1.09), chronic obstructive pulmonary diseases (COPD) including chronic bronchitis (OR=1.05) and bronchiectasis (OR=1.16), asthma (OR=1.04), peptic ulcer (OR=1.03), and liver cirrhosis (OR=1.08). In conclusion, Agent Orange exposure increased the prevalence of endocrine disorders, especially in the thyroid and pituitary gland; various neurologic diseases; COPD; and liver cirrhosis. Overall, this study suggests that Agent Orange/2,4-D/TCDD exposure several decades earlier may increase morbidity from various diseases, some of which have rarely been explored in previous epidemiologic studies.
READ MORE: http://www.ncbi.nlm.nih.gov/pubmed/24906069
Posted by AgentOrangeZone at 9:24 AM No comments:

House Bill 4816 Gains Support - Is Your Representative on This List?

Honor Veterans by helping their children get the proper care

Posted by AgentOrangeZone at 8:15 AM No comments:

We who are the sick and dying NEED YOUR HELP!
https://petitions.whitehouse.gov/petition/pass-law-hr-411-fort-mcclellan-toxic-exposure-health-registry-we-who-are-sick-and-dying-need-your/Qj3yQmHg
From 1935 to 1999 Fort McClellan was a very toxic base. Military and civilians were exposed to a chemical soup comprised of: Agent Orange, Agent Blue, Sarin, VX, uranium, and PCBs from the Monsanto plant.
There were approximately 650,000 soldiers who were trained and stationed at Fort McClellan and many of them are ill with the same illnesses...a coincidence.....probably not. The EPA closed Fort McClellan in 1999; Monsanto settled a 700 million dollar claim with Anniston, Alabama (where Fort McClellan is located) and there has been no settlement thus far with of the Fort Mac Survivors---the ones exposed to all these chemicals. .... any there are thousands of vets who do not even know about the fact they were exposed to these chemicals.
We need HR 411 passed ... WITH NO MORE DELAY!!!!!
Posted by AgentOrangeZone at 8:11 AM No comments:

This Is Only Successful If You Act Now!

The Toxic Exposure Research and Military Family Support Act of 2014 was introduced June 9, 2014 by Representative Mike Honda (D-CA-17).
If enacted into law it will Direct the Secretary of Veterans Affairs to:
READ MORE: https://beta.congress.gov/bill/113th-congress/house-bill/4816
Contact Your Representatives TODAY and Urge Them To Co-Sponsor H.R. 4816
CONTACT YOUR REPRESENTATIVE TODAY!
Posted by AgentOrangeZone at 11:03 AM No comments:

The link between diabetes Type 2 mellitus and veterans

http://msue.anr.msu.edu/news/veterans_and_diabetes
Veteran’s health issues are an important concern for Americans. Veterans, their families and the communities they call home share a major health concern. Type 2 diabetes mellitus is on the rise in our country! It has been documented that some veterans are linked to Type 2 diabetes mellitus from their exposure to a chemical agent called “Agent Orange.” Other veterans are entering the “high-risk” age group for the onset Type 2 diabetes mellitus.
According to the Center for Disease Control and Prevention (CDC) veterans who develop Type 2 diabetes mellitus and were exposed to Agent Orange or other herbicides during military service do not have to prove a connection between their diabetes and service to be eligible to receive VA health care and disability compensation.
According to Department of Veterans Affairs; records obtained by The Associated Press through the Freedom of Information Act, diabetes is now the top claim for Vietnam Veterans.
READ MORE: http://msue.anr.msu.edu/news/veterans_and_diabetes
Posted by AgentOrangeZone at 11:01 AM No comments:

Dioxins detected in all analyses of barrels found in Okinawa City

http://english.ryukyushimpo.jp/2014/07/20/14626/
On July 7, the Okinawa Defense Bureau and city government released the results of their investigation into contamination from barrels found at a soccer ground on land returned by the U.S. military in Okinawa City. They detected dioxin and other harmful ingredients in all substances analyzed. The samples were taken from fouling material and bottom soil in the area around the barrels.
The city detected dioxin in the filtrate water around the barrels at a level 64 times the Environmental Quality Standard for groundwater. The bureau detected dioxin at 55 times the standard. The city detected dioxin in fouling material at a level 2.9 times the normal standard for soil, while the bureau detected 1.9 times the standard.
The bureau and city took the same substance samples from 61 barrels and separately conducted their analysis.
The bureau detected dioxin at a level over the standard in five of the fouling material samples, while the city detected three.
Although they detected dioxin at a level under the accepted standard in all 29 samples taken from bottom soil, the levels were higher than that requiring caution.
The bureau and city found the key ingredients of Agent Orange–2, 4, 5-T, trichlorophenoxyacetic acid and 2, 4-dichlorophenoxyacetic in the filtrate water around the barrels.
However, the bureau said, “We cannot use it as proof of the defoliant. We infer that it is chemical herbicides.” The city stated that harmful substances, including polychlorinated biphenyls and Pentachlorophenol caused the pollution of the soil and groundwater at the site. However, they declined to say that what they found was Agent Orange.
Regarding the results of their investigation, the bureau and city stated that there was no influence on the surrounding environment and groundwater at the site.
Posted by AgentOrangeZone at 10:56 AM No comments:

The Toxic Exposure Research and Military Family Support Act of 2014 was introduced June 9, 2014 by Representative Mike Honda (D-CA-17).
If enacted into law it will Direct the Secretary of Veterans Affairs to:
READ MORE: https://beta.congress.gov/bill/113th-congress/house-bill/4816
Contact Your Representatives TODAY and Urge Them To Co-Sponsor H.R. 4816
CONTACT YOUR REPRESENTATIVE TODAY!
Posted by AgentOrangeZone at 11:10 AM No comments: