LETTER: We fought in Vietnam; now we fight the VA

READ THE LETTER
Dear Editor,
Fifty years ago, I fought the Vietnam War from the flight deck of the USS America, operating in the Tonkin Gulf. 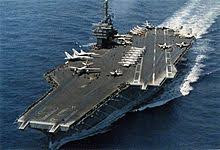 I lost hearing working among the jet engines.
After examination at VA in Albany, I received my benefit letter.
Determination: "Acoustic trauma, service connected."
My award was calculated as 0 percent. Yes, zero. No benefit.
I was suffering from diabetes; my doctor prescribed Invokana. I sent a script to the VA and never got meds. I asked, "Where is my medicine?” Their response: "Too expensive, we will not fill prescriptions for Invokana.” I have to go private and pay a $179 co-pay.
We fought for years to get the VA to admit that Agent Orange wafted into the (Tonkin) gulf and affected the sailors on these ships.
Ten years ago, we started a lawsuit that made it to the Supreme Court. In January 2019, the court found in our favor. Congress passed the Blue Water Navy Act of 2019 and demanded the VA approve our claims and pay our benefits.
Benefits were to start January 2020. But the VA figured out a loophole: It determined that the carriers were operating outside an imaginary 12-mile limit from shore.
And so the VA has determined that the thousands of men on the carriers will be excluded from the benefits of the Blue Water Navy Act and will not be awarded compensation. We appealed to Congress and it refused to allow the carriers to be included.

Posted by AgentOrangeZone at 12:29 PM