READ THE STORY
We were among the millions of citizens who felt a surge of optimism that justice might actually prevail on Aug. 10 when a San Francisco Superior Court jury awarded a historic $289 million verdict against the agrochemical conglomerate Monsanto.
On Wednesday, we learned that a California judge is considering taking away that jury award for punitive damages. 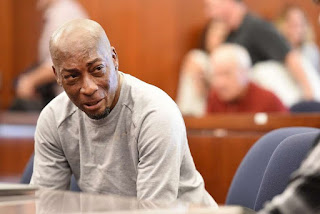 When we learned that Dewayne “Lee” Johnson had taken Monsanto to court saying he got his terminal non-Hodgkin’s lymphoma from on-the-job exposure to Monsanto’s ubiquitous weed killer, Roundup, we were so captured by Johnson’s battle that we traveled to San Francisco to watch the trial. Would democracy finally prevail? Or would Monsanto again find a way to subvert the justice system?
Johnson’s was the first of some 4,000 similar claims headed for courts across America.
Initially, we were discouraged because the judge appeared to be bending over backward to help Monsanto. California Superior Court Judge Suzanne Bolanos carefully screened the jury pool to exclude all individuals who had been exposed to negative articles about Monsanto, or who had shown the least disapproval of the company. She unseated 35 jurors in all, including many who said that they could be fair and impartial. The 12 who issued the verdict were those who showed no predisposition against Monsanto.
During trial, Judge Bolanos consistently sided with Monsanto on the company’s evidentiary objections. At Monsanto’s request, Judge Bolanos deemed any mention of Monsanto’s genetically modified crops off-limits during the trial. Judge Bolanos forbade Johnson’s lawyer from showing the jury Monsanto’s internal studies showing that Roundup caused kidney tumors in mice; that the chemical easily penetrates the body through the skin; and that Monsanto had a flimflam system in place for killing unfavorable scientific studies by independent and government scientists. Judge Bolanos even gave a “curative instruction” telling the jury that Monsanto had never manufactured Agent Orange. That statement was simply not true — however the judge deemed the instruction necessary to neutralize potential bias from statements made about Agent Orange by dismissed jurors in front of their fellow jurymen.
Posted by AgentOrangeZone at 8:21 AM