READ THE STORY
WASHINGTON—Members of Congress and veterans advocates are mounting a push to get the Department of Veterans Affairs to increase aid to former service members with health problems blamed on toxic exposures, a move the VA secretary has publicly fought since taking over the department. 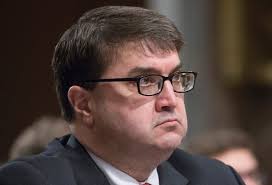 Secretary Robert Wilkie opposes legislative proposals to expand benefits to thousands of Vietnam War veterans who served at sea and claim exposure to Agent Orange, a toxic defoliant. The VA also opposes new benefits for Iraq and Afghanistan troops exposed to burn pits until the issue can be studied in depth.
The House of Representatives unanimously passed legislation in June to provide Vietnam veterans with benefits, and senators said they would push Mr. Wilkie to revise his position. Fueling the push, 45 members of the House last week sent an open letter to the Senate VA committee urging it to pass legislation on the matter.
The congressional action on the Vietnam veterans’ benefits is the first major policy challenge to Mr. Wilkie, who took over the VA in July after being nominated by President Trump in May.
Many Vietnam veterans already are eligible for benefits related to disease assumed to be linked to Agent Orange exposure. But these benefits don’t extend to many veterans who served on ships off the Vietnam coastline; they are among those now claiming a right to the assistance.
The outcome of the standoff will decide whether about 90,000 of the Vietnam-era veterans will receive new benefits, according to some estimates.
More than 150,000 modern-era vets also could be affected. They have added their names to a congressionally mandated burn-pit registry.
Posted by AgentOrangeZone at 9:04 AM