READ THE STORY
Whether or not you agree with mandatory labeling for foods containing genetically modified or genetically engineered ingredients, the Vermont law requiring this information on food sold in that state will go into effect on the first of July. Some companies — including Mars, Campbell Soup, and General Mills — have announced decisions to implement these labels nationwide, while PepsiCo appears to be quietly putting labels on its products. 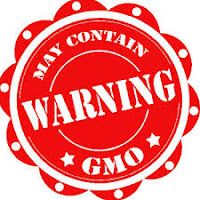 And it’s not just Pepsi beverages. The company’s snack foods are also getting the new labels, which, as you can see from the soda can example, are not the invasive in-your-face bursts or banners that opponents of the labels have made them out to be.
Not far from Consumer Reports HQ in New York, CU also found some Lay’s potato chips — produced by the folks at PepsiCo subsidiary Frito-Lay — with similar language placed in an unobtrusive (arguably hard to find) spot on the back of the bag.
We’ve reached out to PepsiCo for comment and clarification on the extent to which it intends to introduce these labels, but have not yet heard back.
However, a Frito-Lay customer service rep did tell Consumers Union that the company does plan to label products on a nationwide basis, and that the “Partial” terminology can be used on any product that uses less than 75% of ingredients from GMO sources.
MORE
Posted by AgentOrangeZone at 3:24 PM