http://www.militarytimes.com/story/military/benefits/health-care/2016/02/11/panel-va-stop-studying-causes-gulf-war-illnesses-focus-treatment/80225672/
A scientific panel has concluded that the Veterans Affairs Department should stop searching for links between environmental exposures in the 1991 Persian Gulf War and veterans’ illnesses and instead focus on monitoring and treating those who have health problems related to deploying 25 years ago. 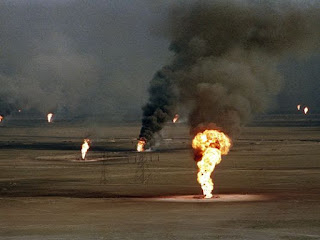 In a report released Thursday, Institute of Medicine researchers said Gulf War veterans are at increased risk for developing some physical and psychological health conditions like post-traumatic stress, anxiety, Gulf War illness and chronic fatigue syndrome, but other diseases like cancer, respiratory illnesses and most neurodegenerative conditions do not appear to occur at higher rates in these former troops.
Without concrete information on each Gulf War veteran’s exposure and the unlikely prospect of ever having the data, VA should focus instead on following this group as members age and treat illnesses that develop, panelists said.
According to the report, the federal government has spent more than $500 million since 1994 to study Gulf War veterans' health but “there has been little substantial progress in our overall understanding of the health effects” from the 1990-1991 deployments.
Thus, “without definitive and verifiable individual veteran exposure information, further studies to determine cause-and-effect relationships between Gulf War exposures and health conditions in Gulf War veterans should not be undertaken,” wrote the panel of researchers, including experts in environmental health, epidemiology and medicine.
Future research, they added, should focus on personalized care for veterans, follow-up assessments and treatment.
The panel's top recommendation also said VA should thoroughly study the “mind-body” connection of disease.
"Any future studies of Gulf War illness should recognize the connections and complex relationships between brain and physical functioning and should not exclude any aspect of the illness with regard to improving its diagnosis and treatment,” panelists noted.
The new report has outraged advocates for veterans who suffer from illnesses stemming from their service in the 1990-1991 operation.
They argue the report reflects a bias among the panel toward VA and panelists were selective in choosing which studies they reviewed for the study, "Gulf War and Health, Volume 10: Update of Health Effects of Serving in the Gulf War, 2016."
MORE
Posted by AgentOrangeZone at 10:59 AM