Vietnam veteran Rick Alliman suffers from neuropathy in his legs, Type 2 diabetes, memory loss and post-traumatic stress disorder.
Like many veterans with illnesses stemming from exposure to chemicals, the Tucson resident has had trouble getting timely medical care from the Veterans Affairs health care system. These veterans have found themselves in a hamster wheel of phone calls and an ever-growing pile of paperwork. 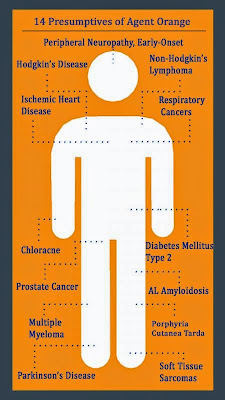 To help veterans like Alliman access the specialized care they need more quickly, the U.S. Congress created the Veterans Choice Program last August.
Yet nine months after the act was signed, Alliman still can’t obtain timely medical care to treat his PTSD and other ailments caused by exposure to Agent Orange.
“The VA isn’t helping me,” Alliman said. “They’re going to ask you questions, and if you don’t say the right words and give the right answers, then you’re just dismissed right off the bat.”


Early Troubles with the Veteran’s Choice Card
The Veterans Choice Program is part of the Veterans Access, Choice and Accountability Act. The program gives veterans the option of seeking medical care at approved private practices if they can’t find treatment for an ailment within 30 days at a VA health facility or if they have to travel more than 40 miles from the nearest VA facility. This straight-line interpretation means that some veterans who lived within 40 miles “as the crow flies” actually had to drive more than 40 miles because of geographic barriers or convoluted routes.
Nine months into the program, however, eligible veterans are still confused and skeptical about the new law. It also drew sharp criticism from politicians and political satirist Jon Stewart on his popular Daily Show.
On March 25 public and political rebuke prompted the VA to change its interpretation of the program, saying that veterans can seek care outside of the VA if the actual distance they have to drive to the nearest VA health facility is more than 40 miles “as the crow flies.”
Understanding Agent Orange
Alliman said his medical issues stem from exposure to Agent Orange, a chemical agent used during the Vietnam War. The United States and South Vietnam sprayed the defoliant to destroy crops and kill bushes and trees where the Viet Cong took cover, according to the VA website.
Agent Orange contains a toxic dioxin called tetrachlorodibenzodioxin, according to the World Health Organization website.
“Once dioxins get into the body, then the dioxins go to a part of the cell called a dioxin receptor and combine with it,” said Arnold Schecter, an adjunct professor at the University of Louisville who researches public health issues connected with Agent Orange. “Then, by a series of other steps, which are not very well understood, sometimes that will lead to cancer or a heart attack.”


The VA has identified 14 diseases that it presumes are connected to Agent Orange exposure (see the information box). Veterans who served in Vietnam and can prove they have one of these diseases are eligible for benefits through the VA system.
Two of the most common ailments are Type 2 diabetes and peripheral neuropathy. Alliman suffers from both. Six of the other diseases listed are cancers.
“A certain number of American Vietnam veterans do have elevated dioxin levels from Agent Orange in their body,” Schecter said. “Three million American Vietnam veterans may have been exposed to Agent Orange, but not all of them are going to develop cancer. It’s the same with smoking cigarettes. The majority of people who smoke cigarettes will probably not get lung cancer.”
Schecter’s research focuses on finding out whether dioxins from Agent Orange, electronic waste recycling or fires affect people such as Vietnam veterans and firefighters. He also studies whether the dioxins remain in their bodies for long periods of time.
MORE
Posted by AgentOrangeZone at 8:24 AM