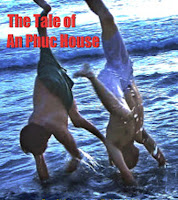 “The Tale of An Phuc House”, a moving documentary featuring local Agent Orange victims, has recently been nominated for the Best Documentary prize at the New York City International Film Festival (NYCIFF), set to run in New York, the US from June 13 to 20.
The documentary, jointly  produced by Canada’s Babel Entertainment in Association and  Vietnam’s Crea TV, will vie with four other documentaries for the prize.
Directed, scripted and shot by Canadian director Ivan Tankushev, whose wife is Vietnamese, the 91-minute documentary touchingly depicts the daily life and the tremendous efforts made by almost 20 strong-willed youths who are third-generation Agent Orange victims at Ho Chi Minh City- based the An Phuc Center for People with Disabilities.
Tankushev said he decided to make the film, which took over a year to shoot, shortly after seeing and learning about the moving stories of the physically-challenged youths at the center. He also went to great lengths to visit the youths’ families at their homes in several provinces.
“The Tale of An Phuc House” will be screened at the festival on June 17.
The NYCIFF was founded to discover new and talented filmmakers and to promote established ones from the U.S. and around the world.
Modeled on the Cannes Festival where filmmakers, producers and actors can showcase and share their projects, initiate co-productions and have a mechanism to sell their films, every year films at the NYCIFF are also picked up for distribution.

Posted by AgentOrangeZone at 11:17 AM