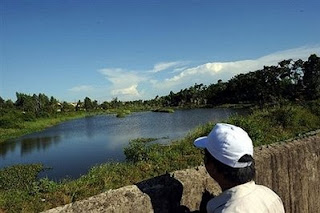 HANOI (AFP) – Efforts to clean up contamination from the wartime herbicide Agent Orange in Vietnam took a step forward Thursday when the United States awarded a contract to prepare for dioxin containment.

The US said the 1.69-million-dollar project will involve building a secure landfill site to hold contaminated soil and sediment at Danang airport.

Working with the government of Vietnam, the US expects the project to be finished within a year, a US embassy press release said.

During the Vietnam War, US forces stored Agent Orange at Danang and other bases where it was loaded onto airplanes for defoliation missions.

Jungle areas that were sprayed do not have high levels of dioxin today, Thomas Boivin, president of Canadian environmental specialists Hatfield Consultants, has said.

But US and Vietnamese officials have identified the old US bases in Danang, Bien Hoa -- near the former Saigon -- and Phu Cat as significant "hotspots" where spillage, washing of aircraft and loading of the herbicides contributed to contamination.

Other donors are also assisting but the US is focusing its help on the Danang site, at Vietnam's request.

"With this award, the US government has committed more than two-thirds of the six million dollars of Congressional funding it has received for Agent Orange/dioxin environmental remediation and health activities," the US statement said.

The affected area is under Vietnamese military control and is separate from the passenger terminal in Vietnam's fourth-largest city, which authorities want to promote as a tourist destination.
Posted by AgentOrangeZone at 8:55 AM