Just after midnight on August 1, 2017, attorney Brent Wisner gave his legal team the go-ahead to start publishing a series of internal memos and documents from the Monsanto corporation. The internal communications made clear that Monsanto—the company that created saccharine and went on to develop DDT and Agent Orange—was not only aware that independent scientific studies had found that its blockbuster weed killer, Roundup, and the primary ingredient in Roundup, glyphosate, were probably 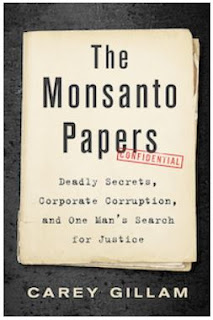 carcinogenic and harmful to human health, but the company had also tried to bury the findings. The documents also proved that Monsanto ghost-wrote scientific studies that suggested Roundup was safe (when the company knew it wasn’t), paid experts to support those claims, pressured scientists to reverse their previous conclusions that glyphosate could be linked to cancer, and successfully lobbied regulators at the EPA to keep the agency’s own findings—that glyphosate was probably harmful to humans—under wraps.

Decades of research connected the weed killer to cancer. According to the internal documents Wisner and his team published, Monsanto—instead of doing the right thing and pulling the product off the market given all it knew—did everything in its power to cover it up.

“This is a function of a system where we allow money to wield influence in Washington, DC,” Carey Gillam, author of The Monsanto Papers: Deadly Secrets, Corporate Corruption, and One Man’s Search for Justice (Island Press, 2021), told Sierra. “Scientists are trying to do the work to protect public health, but if their research interferes with the profit motives of a multibillion-dollar corporation, those scientists can see their work limited or even censored. Corporate influence digs deep.”

The Monsanto Papers is essential reading for anyone who wants to understand the dangers of glyphosate to human health and the corrupt system of corporate and political influence that enabled Monsanto to sell its toxic weed killer for decades.

Posted by AgentOrangeZone at 8:37 AM