OPINION: The Dark History of GMOs

READ THE STORY
Citizens for Healthy Farms & Families, Transgenic Contamination Prevention Ordinance will soon be under attack from one of the biggest corporate bullies on the block, Monsanto. This ordinance bans the growing of genetically engineered (GMOs) crops in Sonoma County. It does not stop people from selling them, conducting contained research or stop medical practitioners from using them in the care and treatment of patients. 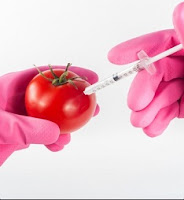 80% of all GMOs are produced to sell Monsanto’s herbicide Roundup. Roundup is sprayed on crops grown from Roundup Ready seeds to kill everything that isn’t Roundup Ready. Naturally, some weeds will be immune and pass on this immunity to future generations so farmers will be forced to spray more herbicides on their crops. Monsanto wins twice this way.
This self-serving plan illustrates the nature of the Monsanto Corporation. This bill isn’t about science as much as it is about ethics. Monsanto’s corporate behaviors would make a psychopath proud. Let’s look at their history.
Monsanto began in 1901. Its first product was saccharin, made from toluene and petroleum. In 1977, the FDA moved to ban the use of saccharin in prepared foods after testing showed that it could cause bladder cancer. Congress rejected the FDA’s request and instead agreed that manufacturers would provide health warnings on their packaging. In the 1920’s, Monsanto began producing pesticides and herbicides, including what came to be known of as Agent Orange. Agent Orange is a defoliant made from 2,4-D and 2,4-T. It was used extensively in Vietnam by the US armed forces during the Vietnam War. The Vietnam Veterans of America lists at least fifty illnesses and diseases and nearly twenty separate birth defects connected to exposure to Agent Orange. Agent Orange is the gift that keeps on giving, as to this day, children in Vietnam are born with ghastly birth defects and nervous disorders. During the 1930’s, Monsanto began manufacturing polychlorinated biphenyls (PCBs). PCBs are so toxic that they were banned in the US during the 1970s but still pollute today. PCBs are carcinogenic.


MORE
Posted by AgentOrangeZone at 11:11 AM