For decades, the military and the VA have repeatedly turned to one man to guide decisions on whether Agent Orange harmed vets in Vietnam and elsewhere. His reliable answer: No.

READ THE STORY
A few years ago, retired Maj. Wes Carter was picking his way through a stack of internal Air Force memos, searching for clues that might help explain his recent heart attack and prostate cancer diagnosis. His eyes caught on several recommendations spelled out in all capital letters:
“NO ADDITIONAL SAMPLING …”
“DESTROY ALL …”
“IMMEDIATE DESTRUCTION …”

A Pentagon consultant was recommending that Air Force officials quickly and discreetly chop up and melt down a fleet of C-123 aircraft that had once sprayed the toxic herbicide Agent Orange across Vietnam. The consultant also suggested how to downplay the risk if journalists started asking questions: “The longer this issue remains unresolved, the greater the likelihood of outside press reporting on yet another ‘Agent Orange Controversy.’”
The Air Force, Carter saw in the records, had followed those suggestions.
Carter, now 70, had received the 2009 memos in response to public records requests he filed after recalling the chemical stench in a C-123 he crewed on as an Air Force reservist in the years after the Vietnam War. He’d soon discovered that others he’d served with had gotten sick, too. Now it seemed he’d uncovered a government-sanctioned plan to destroy evidence of any connection between the aircraft, Agent Orange and their illnesses. And the cover-up looked like it had been set in motion by one man: Alvin L. Young. 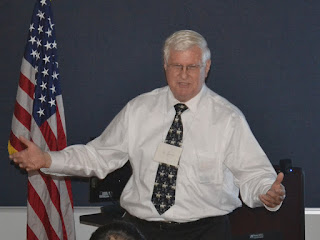 Carter had gotten his first glimpse of “Dr. Orange.”

Young had drawn the nickname decades earlier as an Air Force expert on herbicides used to destroy enemy-shielding jungle in Vietnam. Since then — largely behind the scenes — the scientist, more than anyone else, has guided the stance of the military and U.S. Department of Veterans Affairs on Agent Orange and whether it has harmed service members.
Young tested the weed killer for the Air Force during the war, helped develop a plan to destroy it at sea a decade later — a waste of good herbicides, he’d said — then played a leading role in crafting the government’s response to veterans who believed the chemicals have made them sick. For a while, he even kept a vial of Agent Orange by his desk.
Throughout, as an officer and later as the government’s go-to consultant, Young’s fervent defense hasn’t wavered: Few veterans were exposed to Agent Orange, which contained the toxic chemical dioxin. And even if they were, it was in doses too small to harm them. Some vets, he wrote in a 2011 email, were simply “freeloaders,” making up ailments to “cash in” on the VA’s compensation system.
MORE
Posted by AgentOrangeZone at 9:32 AM