http://pilotonline.com/news/military/veterans/vietnam/ailing-navy-vets-race-against-time-to-prove-they-should/article_70d4c333-01b9-5dbb-80ff-dd2f061368c1.html
During the Vietnam War, hundreds of U.S. Navy ships crossed into Vietnam’s rivers or sent crew members ashore, possibly exposing their sailors to the toxic herbicide Agent Orange. But more than 40 years after the war’s end, the U.S. government doesn’t have a full accounting of which ships traveled where, adding 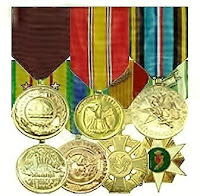 The Navy could find out where each of its ships operated during the war, but it hasn’t. The Department of Veterans Affairs says it won’t either, instead choosing to research ship locations on a case-by-case basis, an extra step that veterans say can add months – even years – to an already cumbersome claims process. Bills that would have forced the Navy to create a comprehensive list have failed in Congress.
As a result, many ailing vets, in a frustrating race against time as they battle cancer or other life-threatening diseases, have taken it upon themselves to prove their ships served in areas where Agent Orange was sprayed. That often means locating and sifting through stacks of deck logs, finding former shipmates who can attest to their movements, or tracking down a ship's command history from the Navy's archive.
“It's hell,” said Ed Marciniak of Pensacola, Fla., who served aboard the Norfolk-based USS Jamestown during the war. “The Navy should be going to the VA and telling them, ‘This is how people got aboard the ship, this is where they got off, this is how they operated.’ Instead, they put that burden on old, sick, dying veterans, or worse – their widows.”
Some 2.6 million Vietnam veterans are thought to have been exposed to – and possibly harmed by – Agent Orange, which the U.S. military used to defoliate dense forests, making it easier to spot enemy troops. But vets are eligible for VA compensation only if they went on land – earning a status called “boots on the ground” – or if their ships entered Vietnam’s rivers, however briefly.
The VA says veterans aren’t required to prove where their ships patrolled: “Veterans simply need to state approximately when and where they were in Vietnam waterways or went ashore, and the name of the vessel they were aboard, and VA will obtain the official Navy records necessary to substantiate the claimed service,” VA spokesman Randal Noller wrote in an email.
Once the VA has that documentation, the vessel is added to a list of ships eligible for compensation, streamlining future claims from other crew members. But proactively searching thousands of naval records to build a comprehensive list of eligible ships – as some veterans have demanded – “would be an inefficient use of VA’s resources,” Noller said.
Because the records searched by the VA are sometimes missing or incomplete, veterans groups say the fastest and surest way to obtain benefits is for vets to gather records themselves and submit them as part of their initial claims.
More than 700 Navy ships deployed to Vietnam between 1962 and 1975. Veterans have produced records to get about half of them onto the VA’s working list, with new ships being added every year. Still, veterans advocacy groups estimate about 90,000 Navy vets are not eligible to receive benefits related to Agent Orange exposure, either because their ships never entered inland waters, or because they have yet to prove they did.
This story was prepared in partnership with ProPublica.
MORE
Posted by AgentOrangeZone at 8:16 AM