An Agent Orange maker is being welcomed back to Vietnam to grow genetically modified organisms.
Vietnam continues to roll out the red carpet for foreign biotech giants, including the infamous Monsanto, to sell the controversial genetically modified (GM) corn varieties in the country. Critics say that by welcoming Monsanto, Vietnam has been too nice to the main manufacturer of Agent Orange, the toxic defoliant used during the Vietnam War that left a devastating legacy still claiming victims today.
According to Vietnamese media reports, in August that country’s agriculture ministry approved the imports of four corn varieties engineered for food and animal feed processing: MON 89034 and NK 603, products of DeKalb Vietnam (a subsidiary of U.S. multinational Monsanto), and GA 21 and MIR 162 from the Swiss firm Syngenta.
The Vietnamese environment ministry has to date issued bio-safety certificates for Monsanto’s MON 89034 and NK 603 corn varieties and Syngenta’s GA 21, meaning farmers can start commercially cultivating the crops. The ministry is considering issuing a similar certificate for the other variety, MR 162. Given the current political landscape, it seems that approval is just a matter of time. 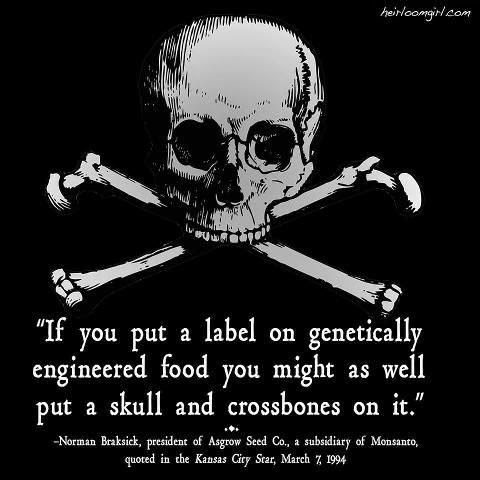 In 2006, the Vietnamese government formulated an ambitious plan to develop GM crops as part of a “major program for the development and application of biotechnology in agriculture and rural development.” Under the blueprint, Vietnam is looking to cultivate its first GM crops by 2015 and have 30-50 percent of the country’s farmland covered with genetically modified organisms (GMOs) by 2020.
Environmental activists have noted the irony that just as Americans and people elsewhere around the world are revolting against GMOs in greater numbers, Vietnam is throwing away its great advantage as a non-GMO producer. “Increasingly countries around the world are rejecting GMOs, with public opposition growing daily. Across Europe and much of Asia, Latin America and Africa, people and often their governments are rejecting GMO seeds as an old technology that has failed to deliver on its promises,” said Marcia Ishii-Eiteman, senior scientist at the U.S.-based Pesticide Action Network North America.
The has been an unprecedented surge in consumer rejection of GMOs in the U.S., with food companies scrambling to secure non-GMO supplies, according to the New York Times. Europe forced its entire food industry to jettison GMOs altogether. In one prominent case, European authorities shut down 99 percent of corn imports from the U.S. at a time when only 25 percent of the corn was genetically engineered. Last year, China rejected 887,000 tons of U.S. corn because it contained Syngenta’s GM maize MIR 162 – the very same variety that has just been licensed for use in Vietnam.
The International Assessment of Agricultural Knowledge, Science and Technology for Development report, considered the most exhaustive analysis of agriculture and sustainability in history, concludes that the high costs of seeds and chemicals, uncertain yields, and the potential to undermine local food security make biotechnology a poor choice for the developing world. GMOs in their current state have nothing to offer the cause of feeding the hungry, alleviating poverty, and creating sustainable agriculture, according to the report. Six multinationals – Monsanto, Syngenta, Du Pont, Bayer, Dow, and BASF – now control almost two-thirds of the global market for seeds, three quarters of agro-chemicals sales, and the entire GM seed market, according to a report by Friends of the Earth International, an international network of environmental organizations in 74 countries.
READ MORE
Posted by AgentOrangeZone at 7:01 AM