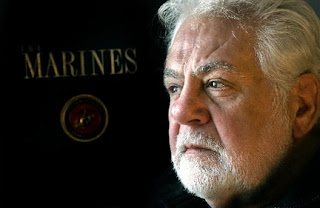 Forty years ago, Ron Willoughby was death with a telescopic sight as a Marine sniper in Vietnam.
Today, mortality has Willoughby and other Vietnam veterans in its crosshairs.
The generation of an estimated 8 million military service members of the Vietnam era, 1964-1975, is fading.
The number of Vietnam veteran deaths has almost doubled since 2001 and, according Department of Veterans Affairs' projections, will hit 103,890 this year -- approaching 300 a day. That's more than five times the average daily number of U.S. combat deaths during the peak casualty year of the war in 1968.
Willoughby, now 63 and a year older than the national average age of Vietnam vets, said three members of his old unit have died in the past five years, two from cancer and one from a heart attack.
That's why the North Olmsted veteran said the unit reunions have been changed from once every two years to annual affairs.
Time is catching up, and they know it.