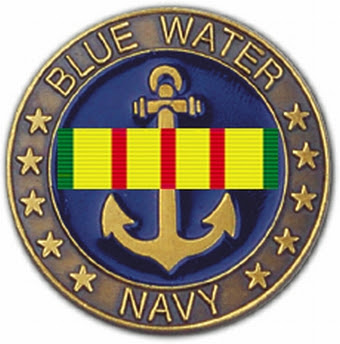 Is This the Final Insult or the Last Gasp of Stupidity?

One group of Vietnam War veterans that have had more than their share of hard knocks are those Navy, Coast Guard, and Marine personnel who served offshore Vietnam. We refer to this group as the Blue Water Navy (BWN). The VA currently refers to them as Vietnam Era veterans, to clearly separate them from those who served in the Vietnam War, which requires having had one's "boots on ground." That is now the definition of a Vietnam War veteran.

Previous generations of soldiers were promised the treatment so eloquently stated in Abraham Lincoln's 2nd Inaugural Address: "...to care for him who shall have borne the battle and for his widow and his orphan..." Such care was offered up through WWII, began to wane with the Korean War, and completely disappeared for the Vietnam War veteran (which from hereon includes the BWN.)

Posted by AgentOrangeZone at 8:46 AM