READ THE STORY
WASHINGTON — A group of lawmakers introduced legislation that would add nine more diseases to a list of conditions presumed to be caused by the chemical herbicide Agent Orange, giving veterans who suffer from them a fast-track to 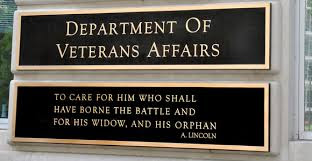 The Keeping Our Promises Act, introduced last week, adds prostate cancer, bladder cancer, hypothyroidism, hypertension, stroke, early-onset peripheral neuropathy, AL amyoloidosis, ischemic heart disease and Parkinson-like syndromes to a list of diseases presumed to be caused by Agent Orange exposure during the Vietnam War.
Researchers with the National Academy of Medicine released findings in November that there was “suggestive” evidence that eight of the diseases could be caused by Agent Orange. For hypertension, researchers found that “sufficient” evidence exists.
“American heroes affected by Agent Orange deserve the peace of mind knowing that the federal government recognizes the existing link between their exposure and illness,” said Rep. Brian Fitzpatrick, R-Penn., one of eight lawmakers who banded together to introduce the legislation.
VA experts have begun a “formal, deliberative review” of the National Academy of Medicine’s latest report, VA Press Secretary Curt Cashour said Tuesday. The review is expected to be complete in the summer, at which time the agency will make recommendations about presumptive conditions, he said.
During a Senate hearing March 26, Richard Stone, the executive in charge of the Veterans Health Administration, guessed the review would be complete within 90 days.
“We’re working our way through that right now,” Stone said of the national academy report.
Posted by AgentOrangeZone at 8:25 AM