50th Anniversary of sinking of destroyer USS Frank Evans off coast of Vietnam
USS Frank E. Evans (DD-754), an Allen M. Sumner-class destroyer, was named in honor of Brigadier General Frank Evans, USMC, a leader of the American Expeditionary Force in France during World War I. She served in late World War II, the Korean War and the Vietnam War before being cut in half in a collision with HMAS Melbourne in 1969. 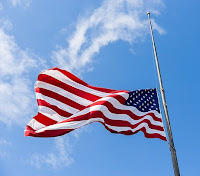 During the Tet Offensive, on 3 February 1968, Frank E. Evans provided naval gunfire support to the 101st Airborne Division near Phan Thiết against the 840th VC Battalion. Evans also spent an additional 14 days in 1969 in the Vietnam war zone.
At around 3 a.m. on 3 June 1969, between Vietnam and Spratly Island, Frank E. Evans was operating with the Royal Navy, Royal Australian Navy and Royal New Zealand Navy in company with Melbourne which was in the process of going to flying stations and all ships in the formation were running without lights. Melbourne radioed Evans, then to port of the carrier, to take up the rescue destroyer position. The logical movement would be to turn to port and make a circle taking up station on the carrier's port quarter. However, since the conning officer on Evans misunderstood the formation's base course and believed they were starboard of Melbourne, they turned to starboard, cutting across the carrier's bow twice in the process. Frank E. Evans was struck at a point around 92 feet from her bow on her port side and was cut in two. Her bow drifted off to the port side of Melbourne and sank in less than five minutes taking 73 of her crew with it. One body was recovered from the water, making a total of 74 dead. The stern scraped along the starboard side of Melbourne and lines were able to be attached by the crew of Melbourne. Around 60-100 men were also rescued from the water.

At the time of the collision the commanding officer of Frank E. Evans was asleep in his quarters having left instructions to be awakened if there were to be any changes in the formation. Neither the officer of the deck nor the junior officer of the deck notified him when the station change was ordered. The bridge crew also did not contact the combat information center to request clarification of the positions and movements of the surrounding ships. The collision occurred at Coordinates: 8°59.2′N 110°47.7′E.
USS Frank E. Evans was decommissioned at Subic Bay and stricken from the Naval Vessel Register on 1 July 1969. The stern section was sunk as a target in Subic Bay on 10 October 1969.
Posted by AgentOrangeZone at 12:14 PM