Ask the VA: Should I be screened for lung cancer?

READ THE STORY
LUNG CANCER is the leading cause of cancer death in the United States. It begins when abnormal cells in the lung grow out of control. Unfortunately, many times lung cancer does not show symptoms until it has spread to other parts of the body. 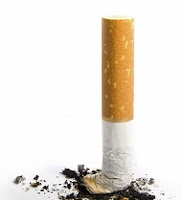 However, the most common type — non-small cell lung cancer — can sometimes be cured if it is found early enough.

The more you smoke and the longer you smoke, the higher your risk for lung cancer. You should consider being screened for lung cancer if you have all three of these risk factors:
• You are 55–80 years old
• You are a current smoker or a former smoker who quit less than 15 years ago
• You have a smoking history of at least 30 pack-years (this means 1 pack per day for 30 years or 2 packs a day for 15 years, etc.).
Exposure to Agent Orange is also identified as a risk for lung cancer.
What is screening?
• Screening is looking for a disease before a person shows any symptoms. It helps find lung cancer in an early, more treatable stage.
• Based on the Patient and Physician NLST Study Guide published on the cancer.gov website at http://ow.ly/WOQ250rCqKT, if a group of 1,000 people were screened once a year for three years, three fewer people in 1,000 would die of lung cancer after six years. This means that, instead of 21 people, 18 people per 1,000 would die of lung cancer.
Posted by AgentOrangeZone at 11:45 AM