READ THE STORY
At the Manchester, New Hampshire, VA Medical Center last year, surgeries were canceled when debris that appeared to be "rust and blood" was found on instruments doctors were about to use. 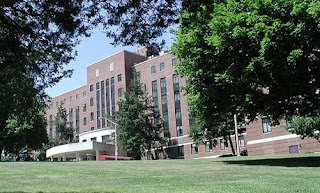 At the Washington, D.C., VA Medical Center last year, the staff ran out of sterilized instruments, and even bone marrow, and had to borrow them from neighboring hospitals.
At the West Los Angeles VA Medical Center, 83 surgeries were cancelled in 2016 because of fly infestations in operating rooms.
Rep. Phil Roe, R-Tennessee, a medical doctor and chairman of the House Veterans Affairs Committee, said he found it amazing that the Veterans Health Administration within the VA was struggling to fulfill the "most basic function" of its hospitals: "to make sure you have sterile equipment."
"It's astonishing to me," Roe said at a hearing Wednesday before the Subcommittee On Oversight and Investigations.
Roe, who served two years in the Army Medical Corps, said he had performed or assisted in thousands of surgeries.
"I never even thought about it, was the equipment going to be sterile that I'm using today?" he said.
In response, Dr. Teresa Boyd, the VA's assistant under secretary for Health for Clinical Operations, acknowledged the problem but pointed to mitigating data on the surgical site infection rate.
Posted by AgentOrangeZone at 9:13 AM