READ THE STORY
Two more veterans have come forward, stating they witnessed and participated in spraying what they now believe to be the toxic herbicide Agent Orange while stationed at Andersen Air Force Base and Naval Base Guam during the Vietnam War.
Despite veteran accounts, the military has said Agent Orange was not used, stored or moved through Guam during the war. 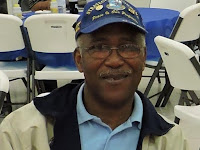 Bruce Borton's Story
Navy veteran Bruce Borton, who was stationed at Naval Facilities Engineering Command on Guam from Feb. 21, 1971 to Dec. 3, 1973, said he personally sprayed an herbicide as part of the Seabee detachment at Ritidian Point.
Borton was enlisted as a Petty Officer 3rd Class. His job title was utilities man 3, which included working in plumbing, A/C repair and general maintenance, he said. Borton also drove a bus to and from Naval Communications Station and Ritidian Point, where he described seeing "the little tractor spraying from the gate into Northwest Field, down to the point."
Borton said usage was widespread on the then-Navy property, and he personally sprayed the jungle with herbicide from a hand-held sprayer.
Cleveland Walters Story
Air Force veteran Cleveland Walters was stationed for temporary duty at Andersen AFB from July 23 to Dec. 29, 1972. Walters originally deployed with the 96th Bomb Wing, but once on Guam he was assigned to the 43rd Transportation Squadron, as an airman.
Walters’ official job title was supply point for the transportation unit, but he said that, 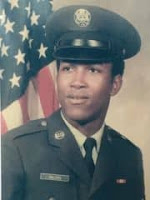 at age 18, “being the youngest in age and rank, you get every doggone detail known to man thrown at you. And when that happens, that goes unknown on your records. This is wartime, and they use you wherever they want to put you, outside of your job title.”

Cleveland Walters poses by his tent in "Tin City" on Andersen Air Force Base. Walters alleges that he personally sprayed Agent Orange in Tin City and around the base. (Photo: Courtesy of Cleveland Walters)
One of those assignments was “helping with those hand spray pumps,” spraying around the fence line, buildings, bath houses, temporary housing in “Tin City” and “Canvas Court,” and on the back side of base roads, he said.
“We did a lot of spraying, trying to get rid of the weeds. It’s unbelievable how quickly the foliage grows back over the roads, probably because it rains there every day,” Walters said. “Then, of course, we had to haul drums from the transportation to the dump.”
Walters described the drums as “rotten” and “rusted,” which made it hard to see any distinguishing colors. However, the drums that weren’t rusted were often used as makeshift barbecue grills.
MORE
Posted by AgentOrangeZone at 12:53 PM