READ THE STORY
Washington, DC — Senators Kristen Gillibrand (D-NY) and Steve Daines (R-MT) reintroduced the Blue Water Navy Vietnam Veterans Act on Friday.
The legislation would ensure that thousands of Navy veterans, known as "Blue Water" veterans are able to receive disability and health care benefits they need after exposure to Agent Orange while fighting in the Vietnam War. 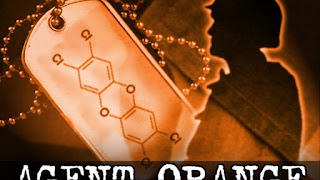 Agent Orange is a toxic chemical that was used to remove foliage during the Vietnam war that had devastating health effects on millions serving.
In 2002, Veterans Affairs decided that it would only cover Veterans who could prove that they had orders for “boots on the ground” during the Vietnam War.
This exclusion prevented sailors from receiving benefits even though they had significant Agent Orange exposure from drinking and bathing in contaminated water just offshore.
“Thousands of Vietnam War veterans who were exposed to Agent Orange are now suffering from severe health problems," said Senator Gillibrand. "The VA is continuing to deny health coverage to many of them because of an arbitrary rule that says veterans who served on boats off of Vietnam’s coast are not entitled to this coverage,”
The act would make it easier for the VA to process Vietnam War veterans’ claims for service-connected health conditions and alleviate a portion of the VA’s backlog by extending presumptive coverage of Agent Orange benefits to these veterans.


MORE
Posted by AgentOrangeZone at 9:23 AM