READ THE STORY
Guam is getting some support from Florida Representative Dennis Ross. The Senior Deputy Majority Whip has requested to be briefed by military officials about Agent Orange exposure in Guam and he wants it done January 17 - Wednesday Guam time. 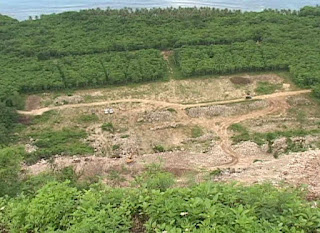 KUAM reported about the exposure six years ago, but it recently made headlines again but in Florida after a news station there reported the story of 68-year-old Leroy Foster. As he did in 2011 with KUAM, Foster shared his story with media there about how he suffers from over twenty diseases including multiple cancers. He blames the medical conditions from being exposed to Agent Orange when he served at Andersen Air Force Base for a decade beginning in 1960.
Foster says it was his job to spray the herbicide for vegetation control. Representative Ross called for the briefing to get to the bottom of what happened here during World War II. "We are talking about men and women who put our country and our lives before their own. Our government owes it to them to tell the truth."
Guam Congresswoman Madeleine Bordallo has also requested a similar briefing. Meanwhile, local Senator Fernando Esteves has created a task force to also conduct an investigation.
Posted by AgentOrangeZone at 11:02 AM