READ THE STORY
Military Update: Before Donald Trump or House Veterans Affairs Committee Chairman Jeff Miller (R-Fla.) or a panel of health industry executives called this month for a leadership makeover to save VA healthcare, a separate committee of VA advisors asked critics this election year to stop ignoring an unprecedented transformation occurring across the Department of Veterans Affairs.
Veteran service organizations echo a similar message, noting, for example, that key parts of Trump’s 10-point plan to improve VA healthcare, unveiled Monday in Virginia Beach, were embraced months ago by VA and are being implemented or awaiting new authorities or funding from Congress.
In an era of bitter partisanship, politicians can shine no light on achievements by the opposition party, even on issues critical to veterans. The risk of such strategy, the MyVA Advisory Committee suggests, is that politics will steal momentum from real reforms, and return VA to crisis mode, even as candidates vow that their highest priority is to help veterans.
MyVA Advisory Committee is a dozen leaders and subject matter experts on veteran issues, business and higher education. The twelve were appointed in March 2015 to advise VA on implementing Secretary Bob McDonald’s “MyVA initiatives” with its goal to create “a high-performing and customer-focused culture” across VA. Though McDonald appointed them, MyVA committee members operate independent of VA, tracking and evaluating progress for improving access to benefits and quality care. 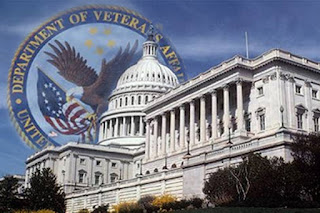 Given the drumbeat of criticism still being leveled at VA, and a feint by the congressionally chartered Commission on Care to propose dismantling VA healthcare and have veterans rely solely on for-profit care, the advisory committee released a preliminary report card on MyVA three months early.
Its members unanimously agreed “the change we have witnessed over the past 15-months – at all levels of the Department – is unprecedented.” Though significant challenges remain to modernize VA, the committee said, the transformation underway “is right, appropriate and does set a course for long-term reform and excellence across the department.”
The committee “strongly urges those who would…politicize the ongoing reform at VA to consider first…the debt of honor that’s been earned” by veterans and “how a grateful nation best pays on that debt.”
The committee chair is retired Army Major Gen. Josue (Joe) Robles, Jr., former president and chief executive officer of USAA, an insurance and investment association for military and veterans. Its vice chair is Air Force veteran Michael Haynie, vice chancellor at Syracuse University and executive director of its Institute for Veterans and Military Families.
MORE
Posted by AgentOrangeZone at 3:10 PM