Dioxins: A killer additive in our food

READ THE STORY
Reports show that as many as 80,000 different chemicals are bombarding us in one way or another every single day.
For my money, one of the most treacherous of them all is dioxin, the name given to a group of persistent, very toxic chemicals.

“Dioxins” collectively refers to hundreds of chemical compounds that share certain structures and biological characteristics. Dioxins mainly enter the food chain as byproducts of industrial processes. To a lesser extent, they also come from natural processes such as volcanoes and forest fires. They contaminate land and sea, are consumed in feed, move up the food chain, and end up in the fatty parts of meat, dairy products and seafood. 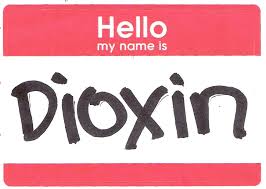 Dioxins accumulate in fatty tissues in the human body, and increase the risk of human cancer more than any other industrial chemical.

Over the past century humans have introduced a large number of chemical substances into the environment. Some are the waste from industrial and agricultural processes. Some have been designed as structural materials and others have been designed to perform various functions such as healing the sick or killing pests and weeds. Obviously some chemicals are useful, but many are toxic and their harm to the environment and our health far outweighs their benefit to society.
Cancer is caused by changes in a cell’s DNA, its genetic blueprint. Some of these changes may be inherited from our parents, while others may be caused by outside exposures, which are often referred to as environmental factors.
Substances and exposures that can lead to cancer are called carcinogens. Some carcinogens do not affect DNA directly, but lead to cancer in other ways. For example, they may cause cells to divide at a faster than normal rate, which could increase the chances that DNA changes will occur.
MORE
Posted by AgentOrangeZone at 2:45 PM