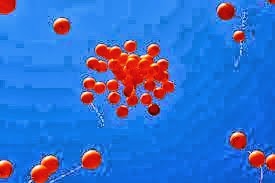 
By 1983, the results of studies of Agent Orange and dioxin exposure began to trickle in. They were, for the most part, contradictory and confusing. A series of studies conducted between 1974 and 1983 by Dr. Lennart Hardell, the so called Swedish studies, showed a link between exposure to Agent Orange and soft tissue sarcomas and non-Hodgkin's lymphoma. And in July 1983, the US Department of Health and Human Services (HHS) released a report citing "an association" between dioxin exposure and incidence of soft tissue sarcoma.  ‘

TEST RESULTS CONTINUE TO BE MIXED


Results of Agent Orange tests continued to be mixed. The results varied greatly, depending on who was doing the testing.  In December, 1985, the Air Force released the third of its Operation Ranch Hand studies. It confirmed the other two: that there was no evidence that Agent Orange had any adverse affects on those who handled it during the war.  "At this time, there is no evidence of increased mortality as a result of herbicide exposure among individuals who performed the Ranch Hand spray operation in Southeast Asia," the Air Force concluded.


After seven years of study, the CDC had made no progress on one of the most important and highly publicized issues of the war in Vietnam.  In charge of the CDC study was Dr. Vernon Houk, director of the agency's Center for Environmental Health and Injury Control. The White House's Agent Orange Working Group was supposed to supervise the CDC study while the Pentagon's Environmental Support Group was charged with providing the CDC with records of Agent Orange spraying and troop deployment. Houk's CDC team complained throughout the study that those records were too spotty to make a scientific study of the effects of Agent Orange on soldiers.


Not so, said the Pentagon. Richard Christian, head of the Pentagon's Environmental Support Group, testified before Congress in mid 1986 that the records of troop movements and spraying were more than adequate for a scientific study.  Christian's testimony was bolstered by two other sources. Retired Army Maj. Gen. John Murray had been asked by Defense Secretary Casper Weinberger in early 1986 to undertake a study to determine if Pentagon records were adequate for purposes of the study. After four months, Murray also determined that the records for a comprehensive study of Agent Orange were more than adequate.

Posted by AgentOrangeZone at 8:45 AM