One of the issues – among many having to do with our exposure to herbicides during the Vietnam War - that has received insufficient attention is the matter of the exposure in those Naval personnel referred to as the “Blue Water Navy”  – those Navy, Coast Guard and Marine Corps personnel who served off the coast of South Vietnam; but, within range and often sight of the coast whose exposure to herbicides is unique and around which veterans’ advocates are currently engaged in a battle with the federal government. The following is taken from a scientific presentation given by the author to the first ever joint US-Vietnam Conference on the use of herbicides in Vietnam, held in March 2002, in Hanoi, Vietnam. 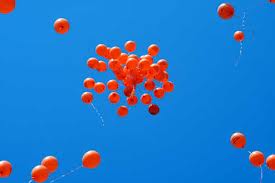 
Much of South Vietnam is covered with very dense jungle vegetation. This dense vegetation was used as cover by the forces opposing the United States and South Vietnamese armies.  One means of counteracting this tactic was the use of herbicides to kill and defoliate vegetation.  Herbicides were widely used to destroy enemy cover, food crops and to clear United States base perimeters of vegetation.  These chemicals were applied by airplanes(Operation Ranch Hand), helicopters, trucks, riverboats and individual backpacks.


Three million acres of South Vietnam were sprayed with 50,000 tons of Agent Orange and other herbicides, containing over 500 pounds of dioxin.  Because herbicides were used in Vietnam to destroy crops and defoliate jungle cover, the military used 27 times more herbicide per unit area than most domestic applications, which are primarily used to prevent weed growth.  Dioxin is the focus of veterans’ health concerns because of its toxicity.  However, many different chemicals with the potential for producing health problems were used in Vietnam.


There are a variety of means by which veterans could have been exposed to Agent Orange in Vietnam.  Veterans may have taken part in the actual spraying which involved airplanes, helicopters, in Vietnam river boats, trucks or backpacks. They may also have been exposed to Agent Orange by consuming contaminated food or drinking water.  Veterans could have been in areas while spraying occurred or in areas that were recently sprayed and areas that were sprayed and then burned.  Burning increases by 25% the dioxin toxicity of the Agent Orange present.


Agent Orange had its genesis as a defoliant in an obscure laboratory at the University of Chicago during World War II. Working on experimental plant growth at the time, Professor E.J. Kraus, chairman of the school's botany department, discovered that he could regulate the growth of plants through the infusion of various hormones. Among the discoveries he made was that certain broadleaf vegetation could be killed by causing the plants to experience sudden, uncontrolled growth. It was similar to giving the plants cancer by introducing specific chemicals. In some instances, deterioration of the vegetation was noticed within 24-48 hours of the application of the chemicals.