Eligible veterans would be automatically enrolled in the Department of Veterans Affairs health care system under a bill passed by the House on Thursday.

The House voted 265-163 to approve the Ensuring Veterans' Smooth Transition, or EVEST, Act. The vote fell largely along party lines, though 44 Republicans joined Democrats to support the bill. 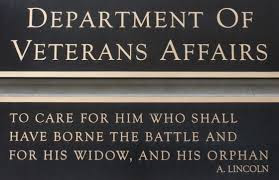 Right now, veterans must proactively apply for health care benefits at the VA. The bill approved Thursday would require the department to instead automatically enroll veterans who meet existing eligibility criteria for VA health care. The VA would also have to provide a way for veterans to opt out of coverage.

The bill, which does not change who is eligible for VA health benefits, would apply retroactively to veterans discharged 90 days before it becomes law. The bill must still be voted on by the Senate before being sent to the president to be signed into law.

Supporters of the bill touted it as a common sense measure that will help ease the transition from the military to civilian life.

"We know that the months following transition out of the military can be very stressful and particularly risky for new veterans in terms of mental health," House Veterans Affairs Committee Chairman Mark Takano, D-Calif., who sponsored the bill, said Thursday on the House floor. "This helps simplify the process and prevents veterans from potentially missing out on lifesaving care. It also keeps veterans from having to opt-in to VA care later and attempt to navigate a new bureaucracy on their own."

The bill could affect about 58,000 veterans annually who might otherwise not enroll in VA health care, according to estimates from the Congressional Budget Office, or CBO.

Posted by AgentOrangeZone at 7:44 AM