Pensacola wood treatment plant just one of 92 Superfund sites around the Sunshine State.

Florida has lots of communities with a history that is — oh, what’s a good word? Let’s say “unusual.” 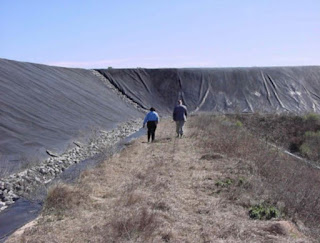 Sweetwater, for instance, was founded by a troupe of Russian circus midgets whose bus broke down. Sanibel’s drive to incorporate as a city was led by a trio of retired CIA agents, one of whom became the first mayor. Nalcrest, was built by and for retired letter carriers, so dogs are, of course, banned.

Or take my hometown of Pensacola. It’s one of the great also-rans of history. It was founded before St. Augustine, but a storm smashed the Spanish colonists’ supply ships, chasing them away. That’s why St. Augustine, not Pensacola, gets all the tourists who want to visit the oldest continuously occupied city in North America.

Then, in 1861, the Civil War almost started there. Confederate troops planned to attack the Union-held fort guarding the mouth of the harbor. Once again, though, a storm interfered, forcing the Rebels to postpone their bombardment. That’s how Fort Sumter, S.C., made it into the history books, instead of Fort Pickens in Florida.

But Pensacola does have a couple of modern claims to notoriety. It was the first place where a doctor carrying out abortions was murdered by someone claiming to be “pro-life.” And it is the site of one of the worst Superfund sites in the nation, one that ranks up there just behind Love Canal and Times Beach.

We live in an era of “supers,” as comic-book superhero movies from Marvel and DC rake in big bucks. But this super is far more vital to saving our lives and our planet than Iron Man and Batman and all their gadgets put together.  Jimmy Carter. Official portrait, 1977. 39th President of the United States. Credit: Wikipedia.

“Superfund” is a fairly benign nickname for something that is both scary and necessary. The Comprehensive Environmental Response, Compensation and Liability Act was passed by Congress in 1980 and signed into law by then-President Jimmy Carter.

Posted by AgentOrangeZone at 9:47 AM