RESEARCH TRIANGLE PARK, N.C. -- Research shows that Soldiers exposed to shockwaves from military explosives are at a higher risk for developing Alzheimer’s disease -- even those that don’t have traumatic brain injuries from those blasts. A new Army-funded study identifies how those blasts affect the brain. 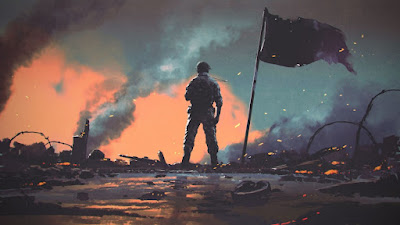 Researchers at the University of North Carolina at Pembroke in collaboration with the U.S. Army Combat Capabilities Development Command, now known as DEVCOM, the Army Research Laboratory, and the National Institutes of Health found that the mystery behind blast-induced neurological complications when traumatic damage is undetected may be rooted in distinct alterations to the tiny connections between neurons in the hippocampus, the part of the brain particularly involved in memory encoding and social behavior.

The research published in Brain Pathology, the medical journal of the International Society of Neuropathology, was funded by the lab’s Army Research Office.

“Blasts can lead to debilitating neurological and psychological damage but the underlying injury mechanisms are not well understood,” said Dr. Frederick Gregory, program manager, ARO. “Understanding the molecular pathophysiology of blast-induced brain injury and potential impacts on long-term brain health is extremely important to understand in order to protect the lifelong health and well-being of our service members.”

Posted by AgentOrangeZone at 9:48 AM