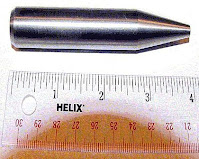 Depleted uranium in tanks and ammunition used in the 1991 Gulf War “played no role” in the unexplained illnesses, known as Gulf War syndrome, that veterans faced in the years afterward, according to a new study.

The findings by the University of Texas Southwestern Medical Center and the University of Portsmouth in England counter decades of understanding by the military and Department of Veterans Affairs about potential causes for a host of ailments that collectively are now known as Gulf War illness.

“That depleted uranium is not and never was in the bodies of those who were ill at sufficient quantities to cause disease will surprise many, including sufferers who have, over the last 30 years, suspected depleted uranium may have contributed to their illnesses,” said Randall Parrish, a uranium isotope expert at the University of Portsmouth who developed the study’s methodology to scan veterans’ urine for traces of exposure.

The study looked at depleted uranium levels in the urine of 154 veterans, of whom 106 had Gulf War illness symptoms and 48 did not.

The findings may provide a definitive answer on whether there is a connection between depleted uranium exposure and Gulf War illness because of the level of precision used to detect any isotopes in veterans’ urine and the time involved in the study, Dr. Robert Haley, the director of epidemiology at UT Southwestern, a Dallas-based research hospital, told McClatchy in a phone interview.

Posted by AgentOrangeZone at 10:07 AM