The greater threat to military veterans: An invisible enemy or broken promises?

READ THE STORY
Right now, there’s a soldier or Marine who deployed to Iraq as the new year rolled in and tensions escalated between the U.S. and Iran. That service member was trained to dismount and return fire during convoy ambushes, take cover during airstrikes, and detect improvised explosives during patrols. He can confidently engage the enemy at any phase within the continuum of combat, from indirect fire to a knife fight.
No enemy is too formidable to defeat, at least in his mind. But he’s wrong. 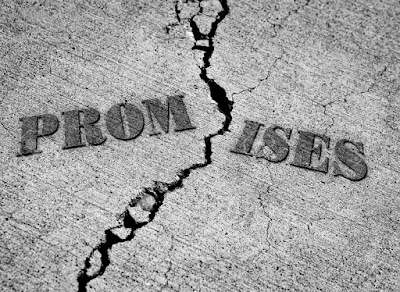 There’s one enemy he faces that he is not trained to fight, much less defeat. An enemy that respects no battle positions, needs no grid coordinates to strike, and avoids no confrontation or foe. In fact, this particular enemy is a byproduct of America’s edge in manpower and technological superiority. A veritable product of the environment in which fighting occurs. One that has killed more Americans by the droves than any other enemy since the dawn of modern-day warfare. That enemy is toxic environmental exposure.
Toxic environmental exposure, within the context of this commentary, does not refer to every possible hazard or contaminant that a service member might encounter. Some are unavoidable occupational risks that are incidental to military service. High intensity noise, inoculations for certain geographically concentrated diseases such as malaria, natural airborne particles like sand and dust, and extreme heat and cold, just to name a few. As if those weren’t bad enough, however, some toxic exposures are of the self-inflicted variety. Evils with downstream consequences, necessitated by a perceived, more immediate greater good. In other words, a “win now, pay later” problem, where the “pay” part often comes with conditions, after the fact, that beg the questions of who ultimately wins in the end and whether it was worth the cost.
Case in point, once military generals figured out that removing foliage in the jungles of Vietnam would make it easier to spot enemy troop movements and positions from the air, a dioxin called Agent Orange was widely used to kill the foliage and, in turn, detect and hit a more visible enemy. But it would also kill an estimated 2.8 million U.S. veterans from diseases as a result of handling, breathing, and unwittingly consuming the dioxin. It would take the government decades to finally own up to the problem, when Congress passed and President George H. W. Bush signed the Agent Orange Act of 1991. This federal law required the Department of Veterans Affairs (VA) to award benefits to veterans who were diagnosed with certain diseases and served on active duty in the Republic of Vietnam during the recognized war time period.
KEEP READING
Posted by AgentOrangeZone at 4:23 PM