READ THE STORY
Orange should stand for something nice — sunsets, tangerines, Creamsicles. But when it's Agent Orange, the color means poison.
Agent Orange is the herbicide sprayed by the millions of gallons all over South Vietnam during the war from 1961-71. The operation was designed to remove the triple-canopy jungle and other vegetation the Viet Cong and North Vietnamese troops used for cover. The operation's motto: "Only you can prevent a forest." 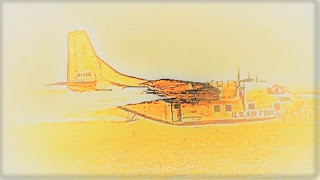 The poison got its name from the stripes on the 55-gallon drums in which it was shipped, mostly from several major chemical companies, including Dow Chemical and Monsanto.

The Air Force dumped Agent Orange on South Vietnam for 10 years. That campaign exposed an estimated 2.8 million American troops to the deadly dioxin. Most were not affected while serving in-country. But after they came home — often decades later — tens of thousands of veterans paid a price with their health.
House Bill 326, "Victims of Agent Orange Relief Act of 2019," is now pending in Congress. It reads in part:
"Agent Orange exposure continues to negatively affect the lives of veterans of the United States Armed Forces, Vietnamese people, Vietnamese Americans and their children. The lives of many victims are cut short and others live with disease, disabilities and pain, often untreated or unrecognized."
The Department of Veterans Affairs has recognized at least 14 cancers and other diseases related to Agent Orange. The VA says veterans and their survivors may be eligible for benefits from these diseases. Court cases and congressional action since 1979 have ruled in favor of veterans afflicted by the herbicides showered over the war zone. In 1991 President George H.W. Bush signed the Agent Orange Act, which ordered treatment for cancers resulting from wartime service.
Posted by AgentOrangeZone at 10:16 AM