READ ALL ABOUT IT!

To amend title 38, United States Code, to clarify presumptions relating to the exposure of certain veterans who served in the vicinity of the Republic of Vietnam, and for other purposes.

1.Short title
This Act may be cited as the Blue Water Navy Vietnam Veterans Act of 2019.
2.Clarification of presumptions of exposure for veterans who served in vicinity of Republic of Vietnam 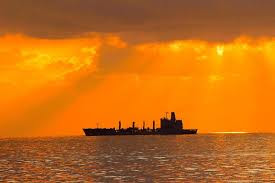 (a)In general
Chapter 11 of title 38, United States Code, is amended by inserting after section 1116 the following new section:
1116A.
Presumptions of service connection for veterans who served offshore of the Republic of Vietnam
(a)
Service connection
For the purposes of section 1110 of this title, and subject to section 1113 of this title, a disease covered by section 1116 of this title becoming manifest as specified in that section in a veteran who, during active military, naval, or air service, served offshore of the Republic of Vietnam during the period beginning on January 9, 1962, and ending on May 7, 1975, shall be considered to have been incurred in or aggravated by such service, notwithstanding that there is no record of evidence of such disease during the period of such service.
Posted by AgentOrangeZone at 9:25 AM