READ THE STORY
What's more, the firefighters were disproportionately likely to have a type of this disease that was also more common among veterans who were exposed to the cancer-causing chemical defoliant known as Agent Orange, the study authors noted.

It's been nearly 16 years since cleanup work officially ended at New York City's ground zero, but the health effects for rescue and recovery workers are still making themselves known. 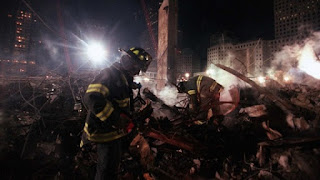 Two studies published Thursday in the journal JAMA Oncology suggest that the firefighters who came to lower Manhattan after the Sept. 11, 2001, attacks on the World Trade Center face a heightened risk of cancer -- and will continue to do so for years to come.
From the time that airliners flew into the twin towers through the months it took to remove the wreckage, ground zero was replete with substances that are either known or suspected carcinogens. Dust from the collapsed buildings, smoke from smoldering fires and exhaust from heavy equipment put workers in contact with asbestos, glass fibers, lead, dioxins, PCB (polychlorinated biphenyl), PAHs (polycyclic aromatic hydrocarbons) and other hazards.
Researchers have been tracking people who spent time at the site, including thousands of the New York City firefighters and EMS workers who are part of the World Trade Center Health Program. In the first decade after the attacks, 697 cancers were diagnosed among 15,507 participants.
In all likelihood, some of those cancers would have been diagnosed if the Sept. 11 attacks had never happened. But not all of them.


To see how many could be traced to ground zero exposure, a team from the FDNY's Bureau of Health Services and Office of Medical Affairs compared data on firefighters who worked at the site with data from a cancer registry of New York residents. To simplify the analysis, the researchers focused on white men.
Based on their actual cancer incidence through the end of 2011, the 12,374 firefighters were on track to be diagnosed with 2,714 cancers between the start of 2012 and the end of 2031, the researchers found. However, if those same firefighters got cancer at the same rate as other white men in New York City, they would expect to be diagnosed with only 2,596 cancers during that 20-year period.
That difference -- 118 additional cancers -- was too large to be due to chance, said Rachel Zeig-Owens, director of epidemiology for the FDNY's WTC Health Program, who led the study with Dr. David Prezant, the Fire Department's chief medical officer.
Posted by AgentOrangeZone at 10:11 AM