READ THE STORY
The “Poison Papers” represent a vast trove of rediscovered chemical industry and regulatory agency documents and correspondence stretching back to the 1920s. Taken as a whole, the papers show that both industry and regulators understood the extraordinary toxicity of many chemical products and worked together to conceal this information from the public and the press. These papers will transform our understanding of the hazards posed by certain chemicals on the market and the fraudulence of some of the regulatory processes relied upon to protect human health and the environment. Search instructions for the Poison Papers. 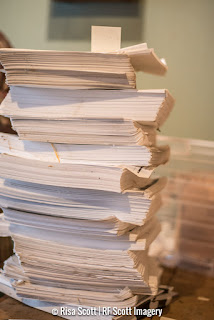 The Poison Papers are a compilation of over 20,000 documents obtained from federal agencies and chemical manufacturers via open records requests and public interest litigation. They include internal scientific studies and summaries of studies, internal memos and reports, meeting minutes, strategic discussions, and sworn testimonies. The majority of these documents have been scanned and digitized by us for the first time and represent nearly three tons of material. The regulatory agency sources of these documents include: the EPA, the USDA Forest Service, the FDA, the Veterans Administration, and the Department of Defense. Chemical manufacturers referenced in the documents include: Dow, Monsanto, DuPont, and Union Carbide, as well as many smaller manufacturers and the commercial testing companies who worked for them.
The Poison Papers are a project of the Bioscience Resource Project and the Center for Media and Democracy. The Poison Papers were largely collected by author and activist Carol Van Strum.
The Poison Papers catalogue both the secret concerns of industry and regulators over the hazards of pesticides and other chemicals and their efforts to conceal those concerns.
Corporate concealment is not a new story. What is novel in the Poison Papers is abundant evidence that EPA and other regulators were, often, knowing participants or even primary instigators of these cover-ups. These regulators failed to inform the public of the hazards of dioxins and other chemicals; of evidence of fraudulent independent testing; even of one instance of widespread human exposure. The papers thus reveal, in the often-incriminating words of the participants themselves, an elaborate universe of deception and deceit surrounding many pesticides and synthetic chemicals.
The chemicals most often discussed in the documents include herbicides and pesticides (such as 2,4-D, Dicamba, Permethrin, Atrazine, and Agent Orange), dioxins, and PCBs. Some of these chemicals are among the most toxic and persistent ever manufactured.
MORE
Posted by AgentOrangeZone at 8:32 AM