Bayer AG's takeover of Monsanto Co. faces deeper scrutiny from European antitrust regulators who say they have "serious doubts" about uniting two of the world's largest manufacturers of genetically engineered crop seeds and pesticides.
The European Commission said the $57 billion deal could add pressure on farmers already struggling against low crop prices. It has completed a preliminary probe but said Tuesday that it may need until January to finish its work, throwing into doubt the companies' plans to complete their deal by year-end.
It is common for regulators to take longer than initially expected to conduct their analyses. The planned tie-up between Bayer and Monsanto, the largest in a string of deals that are reshaping the global agricultural industry, was struck last September as several other rival seed and pesticide makers had made their own deals to combine. 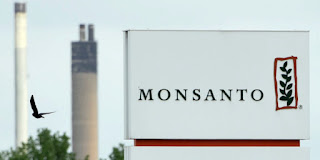 EU antitrust chief Margrethe Vestager said: "We need to ensure effective competition."
European Commission officials have said the Bayer-Monsanto deal raised concerns that farmers could wind up paying more for a narrower range of seeds and sprays, and see a slower pace of innovation in the labs where crop scientists tweak plant genes to enable them to survive herbicides and repel bugs.
Bayer and Monsanto both said the companies would continue to work with regulators with a view to obtaining approvals for the transaction by the end of the year.
A separate review by U.S. regulators is ongoing, and Bayer earlier this year said it had received requests for information from the U.S. Department of Justice.
Bayer and Monsanto have pitched their deal as a way to more tightly integrate research into new chemicals and seed genes, which in turn would help deliver better-performing supplies to farmers at a faster pace while reducing the companies' costs.
But some farm groups and lawmakers in the U.S. have warned that the succession of mergers will diminish competition and lead to higher prices on the farm, and potentially for consumers.


MORE
Posted by AgentOrangeZone at 8:03 AM