READ THE STORY
Nearly a year after a mysterious leak of industry-friendly information from the Environmental Protection Agency, many pressing questions remain about the agency’s interactions with agribusiness giant Monsanto Co. and its handling of cancer concerns with Monsanto’s top-selling herbicide. But thanks to a federal court judge in California, we may soon start getting some answers.
The transcript of a recent court hearing reveals that Judge Vince Chhabria, who is overseeing a combination of more than 55 lawsuits filed against Monsanto in the U.S. District Court for the Northern District of California, warned Monsanto that many documents it is turning over in discovery will not be kept sealed despite the company’s pleas for privacy. He threatened to impose sanctions if 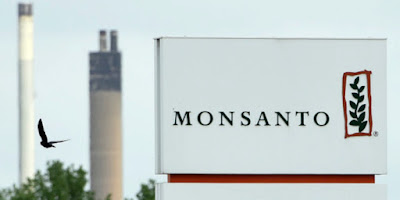 Monsanto persists in “overbroad” efforts to keep relevant documents out of public view.
The litigation against Monsanto has been filed by people from around the United States who allege that exposure to Monsanto’s Roundup herbicide caused them or their loved ones to develop non-Hodgkin lymphoma, a type of cancer that originates in the lymphatic system and has been on the rise in recent decades. While those lawsuits are being handled together as “multi-district litigation” (MDL) in San Francisco, hundreds of other plaintiffs are making similar allegations in multiple state courts as well. And the teams of lawyers involved say they are continuing to meet with prospective additional plaintiffs.
“I have a problem with Monsanto, because it’s —- it is insisting that stuff be filed under seal that should not be filed under seal,” Judge Chhabria stated in the hearing. When documents are “relevant to the litigation, they shouldn’t be under seal, even if they are not – are embarrassing to Monsanto, you know, even if Monsanto doesn’t like what they say.”

Carey Gillam is a veteran journalist and research director for U.S. Right to Know, a non-profit consumer education group.
MORE
Posted by AgentOrangeZone at 3:37 PM