http://www.newsobserver.com/news/politics-government/article69227307.html
WASHINGTON
The House Committee on Veterans’ Affairs is looking into whether a contractor thoroughly reviewed the files of Vietnam veterans who might deserve benefits for illnesses linked to exposure to Agent Orange. 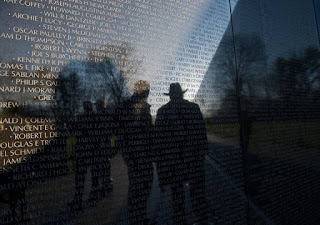 A contractor that pre-screens veteran files for evidence of those illnesses often spent just minutes reviewing each file, internal company documents show.
The contractor, QTC Medical Services, reviewed files for 160,000 veterans. They were paid approximately $300 for every file reviewed under 2 inches thick and $350 for files more than 2 inches thick.
An unsealed lawsuit and contract documents obtained by McClatchy shed light on the contractor’s pre-screening process.
The suit alleges that QTC — a Lockheed Martin company — did not give their employees the necessary training to spot evidence of illnesses linked to Agent Orange and pressured employees to work at a pace that made it impossible to thoroughly review the file.
“This lawsuit raises a number of serious questions,” said Rep. Jeff Miller, R-Florida, the chairman of the House Committee on Veterans’ Affairs, in a statement to McClatchy. “Every veteran’s VA claim deserves a thorough and objective review. Our investigation will continue until we are satisfied that’s the case in this situation.”
QTC Medical Services and Lockheed Martin, citing ongoing litigation, declined to comment.


Read more here: http://www.newsobserver.com/news/politics-government/article69227307.html#storylink=cpy
What the article doesn't mention is that QTC was started less than a month AFTER Tony Principi stepped down as VA Secretary. He and his partners then sold QTC to Lockheed Martin for close to a billion dollars a couple of years later.

Read more here: http://www.newsobserver.com/news/politics-government/article69227307.html#storylink=cpy
MORE
Posted by AgentOrangeZone at 9:45 AM