http://www.lawyersandsettlements.com/articles/va-disability-benefits/va-benefits-disability-lawsuit-8-20806.html#.Vbjnz_nLpQI
Washington, DC: It remains a dark chapter in the proud history of the US military: the deployment of 20 million gallons of Agent Orange in order to defeat jungle foliage during the Vietnam War. The fallout from that particular strategy involves long-term health effects for countless soldiers exposed to the toxicity of Agent Orange, together with an ongoing fight over VA benefits ever since. 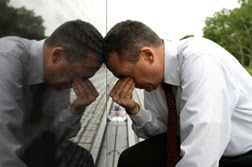 It’s been 15 years since the US Department of Veterans Affairs (The VA) clawed back a basket of benefits originally intended by the US Congress in 1991 to provide presumptive VA disability benefits to veterans who presented with illnesses stemming from exposure to Agent Orange. In its wisdom, the VA decreed in 2002 that it would only provide benefits for those soldiers and personnel who were “Boots on the Ground” during the conflict. The clawback excluded potentially thousands of veterans who may not have technically been “Boots on the Ground” - such as Navy personnel known as “Blue Water” vets - but who were nonetheless exposed to Agent Orange and who have been suffering from the aftereffects of what has turned out to be a definitive scourge for those affected. However, there continues to be a series of efforts to try to right that wrong and bring VA disability benefits to those disenfranchised vets excluded from the benefits pool. Since March 15 of this year, Senator Kirsten Gillibrand (D-New York) has been spearheading legislation to extend veteran benefits to those veterans who have fallen through the Agent Orange cracks. Just this month, Senator Gillibrand has joined with Representative Richard Hanna to put a renewed push toward benefits for personnel having served the “territorial seas” and/or within 12 miles offshore of Vietnam.

“Thousands of our veterans are being denied benefits they need and deserve because of a technicality in the law,” said Senator Gillibrand, in a statement.
“We owe it to the veterans who bravely served our country and have fallen victim to Agent Orange-related disease to enact this legislation that will provide the disability compensation and healthcare benefits they have earned. Agent Orange is a very difficult chapter in our nation’s history and is past due that we correct the errors of the past.”
Representative Hanna echoed those comments. “All of our veterans who were exposed to the powerful toxin Agent Orange deserve treatment and care for the debilitating effects that are linked to it,” Rep. Hanna said. “We cannot deny our sailors treatment due to a technicality in the law. That’s why together with Senator Gillibrand I am working to see this change takes effect as soon as possible so we can give our Vietnam veterans the compensation and care they not only deserve but have earned through fighting for this nation during times of war.”MORE
Posted by AgentOrangeZone at 7:50 AM