How to Stop Burn Pits From Becoming the Next Agent Orange

As veterans complain of health impacts from toxic fumes, advocates warn that burn pits in Iraq and Afghanistan might come back to haunt the administration.

The Obama administration prides itself on righting the sins of past regimes, including expanding access to health care for Vietnam veterans who suffered from exposure to the herbicide Agent Orange. 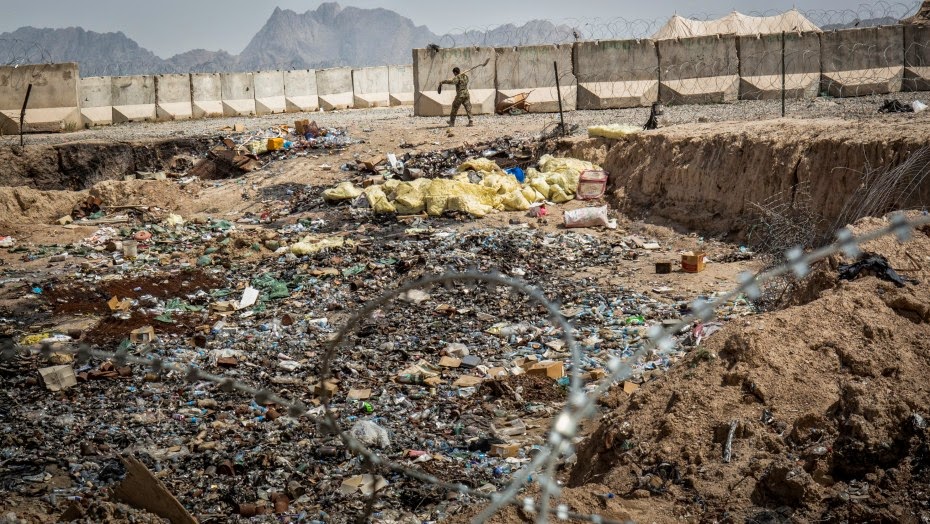 But veterans groups worry the administration is on track to repeat past mistakes by refusing thousands of disability claims that Iraq and Afghanistan veterans say are related to breathing toxic fumes from open burn pits—which were used for years to discard everything from trash and human waste to vehicles and batteries.
The Veterans Affairs Department finally opened a congressionally mandated online registry for burn-pit victims late last month, and lawmakers are starting to look at how to move forward on helping veterans who believe their illnesses—ranging from bronchitis to cancer—are tied to exposure to the fumes.
Democratic Sen. Tom Udall of New Mexico is working on legislation that requires the VA to establish a research network to study the impact of open burn pits on soldiers and veterans. And Sen. Bob Corker—who previously worked with Udall to spearhead burn-pit legislation in the Senate—said that "the VA must ensure this law is implemented effectively and fix any remaining problems with the online Open Burn Pit Registry."
Corker notes that with the ongoing health care scandal, the "credibility of the Veterans Affairs [is] already on the line."
On the other side of the Hill, legislation introduced last year has stalled. Democratic Rep. Tim Bishop of New York wants the Defense Department to create three "centers of excellence" where ailments from burn-pit exposure would be studied, diagnosed, and treated.
"I'm trying to build cosponsors for that, so that we can show the leadership that this is an issue that has pretty strong bipartisan support," Bishop said. He calls measures to boost the ability to study and treat illnesses tied to exposure "the next logical step." But with the clock running down on the 113th Congress, Bishop acknowledged that the proposal might have to be reintroduced next year.
In the meantime, veterans can use the VA's online registry—if they can get access to it—to document their exposure to burn pits and other airborne hazards, including health concerns that they have.
READ MORE: http://www.nationaljournal.com/defense/how-to-stop-burn-pits-from-becoming-the-next-agent-orange-20140710
Posted by AgentOrangeZone at 9:39 AM