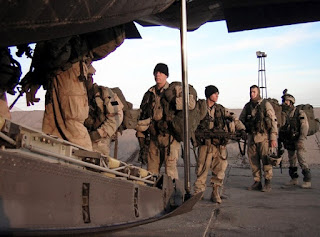 providing health care to more service members and veterans for toxic exposure, stating more data is needed to conclude exposure leads to illnesses such as cancer.

“More scientific investigation is needed to enable VA and [the Defense Department] to perform a reliable assessment of the possible or known long-term adverse health effects,” said Dr. Patricia Hastings, chief consultant for post-deployment health services at the VA.

But recently declassified Defense Department documents show the Pentagon knew troops were exposed to multiple toxins and hazards that have led to hundreds of cancer cases and dozens of dead veterans after deploying to the Karshi-Khanabad Air Base, known as K2, in Uzbekistan in the early days of the War on Terror.

Some lawmakers responded harshly to the VA’s stance during the hearing of the House Oversight and Reform Committee’s subpanel on national security.

Posted by AgentOrangeZone at 1:10 PM