Military-Veterans Advocacy, a Slidell, Louisiana based veterans advocacy group, has reacted to a denial of their request for rulemaking to cover veterans exposed to herbicide on Guam, American Samoa and Johnston Island. 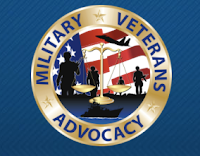 The letter, signed by Mr. Paul Lawrence, Under Secretary for Benefits, claimed that herbicides sprayed on the central pacific islands were commercial rather than tactical herbicides. In a letter to VA Secretary Wilkie dated June 8, 2020, MVA Chairman of the Board and Director of Litigation CDR John B. Wells (USN, Ret.) addressed the reasons for the denial and asked that the Secretary overrule Lawrence and grant the rulemaking request.


"Lawrence's dismissal of herbicides as commercial rather than tactical is a distinction without a difference," Wells wrote.  "The Government Accounting Office (GAO) noted in a 2018 report that both commercial and tactical herbicides contain the chemicals 2,4,5-T and 2,4-D which combine to make the deadly dioxin 2,3,7,8-TCDD.
"It is not the label assigned," Wells added, "but the chemical composition of the herbicide that wreaks havoc on the human body.  Veterans exposed to that herbicide who have manifested a covered disease or disability should be covered."
Wells said evidence shows herbicide use on Guam from 1958 through 1980.  Pertinent documents have been provided to the VA.
Although Lawrence admitted in his denial that leaking barrels of Agent Orange herbicide were stored on Johnston Island, he claimed that coverage should be denied because civilian contractors rather than military personnel maintained the leaking drums.
In his letter to Wilkie, Wells scoffed at this reasoning noting that the island was only 241 hectacres or less than one square mile of area.  Wells wrote that "civilians and military shared common areas including latrine and shower facilities, recreational facilities, a common laundry, dining hall, chapel etc. In these close quarters, cross-contamination between civilian and military would have been rampant."
Wells also submitted an affidavit from Dr. Wayne Dwemychuck, a noted Canadian environmental scientist and Agent Orange specialist who has confirmed this analysis.
Wells closed his letter with a request for Wilkie to overrule Lawrence and a promise to commence litigation by mid-July if this did not occur.

Posted by AgentOrangeZone at 8:31 AM