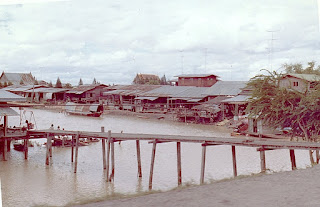 The Department of Defense has released a new list of locations outside Vietnam where herbicides like Agent Orange were tested and stored, a compilation that could provide some veterans proof of exposure needed to support their VA disability claims.
But the list, published Jan. 27 by the Department of Veterans Affairs, omits more than 40 locations previously noted as exposure sites by DoD in 2018 — deletions that could undermine other veterans’ pending claims.
The new DoD list contains nearly 150 testing and storage locations, with updates that include specific dates of release or containment, as well as 26 additions, including places like Aberdeen Proving Ground, Md., Dugway Proving Ground, Utah, and Johnston Atoll in the central Pacific Ocean.
But it deletes or alters at least 50 previously identified locations, removing some dates and omitting testing sites like Hawaii, where the DoD previously said field tests were conducted, Puerto Rico, where herbicides were sprayed in forests between 1956 and 1967, and locations in Korea where components were stored.
And while the new list contains six locations in Thailand, it adds a new clarification to those locations’ descriptions: “No herbicide was sprayed in Thailand.”
KEEP READING
Posted by AgentOrangeZone at 1:50 PM