Not another Agent Orange: VA secretary in KC says vets exposed to toxins may get help BY LISA GUTIERREZ

READ THE STORY
A new study into whether military toxic exposures cause cancer and other illnesses could make it easier for veterans to get their medical expenses covered, the U.S. Department of Veterans Affairs secretary said Monday in Kansas City. 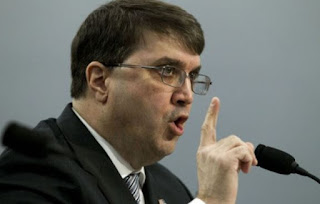 “I think it will, but it will also alleviate a great concern that I’ve had,” Robert Wilkie said after a public forum at the National World War I Museum.

“I’m the son of a combat soldier from Vietnam. My father was severely wounded. I saw what happened when America waited to address Agent Orange. I don’t want that to happen again. I don’t want Agent Orange to happen again.”
Earlier this month, a McClatchy investigation found significant increases in veterans treated for urinary, prostate, liver and blood cancers at VA health care centers from fiscal year 2000 to 2018.
Some military families question whether veterans’ exposure to toxic environments in Iraq and Afghanistan is to blame.
The VA’s chief research and development officer, Rachel Ramoni, later announced the study. Veterans and veterans’ advocates have spent years trying to get the VA to recognize a connection between toxic exposures and chronic illnesses suffered later.
KEEP READING
Posted by AgentOrangeZone at 9:48 AM