READ THE STORY
WASHINGTON
A key House of Representatives subcommittee will probe Wednesday whether thousands of Vietnam War sailors who say they were exposed to Agent Orange can qualify for federal benefits -- as the list of congressional supporters continues to grow significantly. 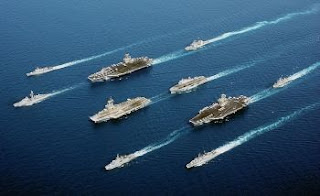 McClatchy detailed last month how veterans’ advocates have been frustrated for years in their bid for help. The Department of Veterans Affairs denies the benefits, saying there’s not enough evidence to prove widespread Agent Orange exposure for Navy veterans who served on large ships like aircraft carriers in the South China Sea.
The proposed legislation, which now is co-sponsored by 252 of the House’s 435 members, would grant disability-benefits coverage for potentially tens of thousands of sailors who have certain cancers and diseases associated with exposure to the chemical dioxin, a dangerous ingredient used in the Agent Orange herbicide during the Vietnam War.
The bill, defeated in years past in Congress because of the estimated $1 billion cost over 10 years, is at a crucial political juncture, with a new president and VA secretary and President Donald Trump’s push to spend more federal money at the VA.
John Wells, an attorney and retired Navy commander who has been working on behalf of the affected sailors for nearly a decade, said he expects Wednesday’s congressional hearing may bring up questions of the cost and he will present some ideas to members of the subcommittee on how to pay for the benefits.
The money, he said, “has been the showstopper on this bill since the get-go.”

Read more here: http://www.charlotteobserver.com/news/politics-government/article142616249.html#storylink=cpy
MORE
Posted by AgentOrangeZone at 7:36 AM