Vietnam will need at least five years and more than US$250 million to clean up dioxin at a Vietnam War airbase near Ho Chi Minh City, but lacks both the technology and money required, an official said Tuesday. 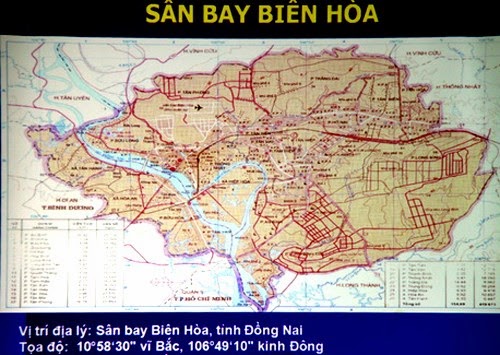 Le Ke Son, director of a national project for cleaning the chemicals left behind by the US, said more than 250,000 cubic meters of soil at the Bien Hoa military airbase is contaminated and some spots have the world's highest concentration at 1.18 million ppt (parts per trillion).
The airbase, around 30 kilometers from Ho Chi Minh City in Dong Nai Province, is the largest of its kind in Vietnam and is severely polluted since it was occupied by the US Air Force.
Son said the dioxin concentration at the air base ranges from 1,000 ppt upwards while 100 ppt is considered high.
He said officials had initially estimated that only 75,000 cubic meters of soil was contaminated, but proper surveys found more affected spots.
“Given the complicated situation, we won’t be able to clean the airbase by 2020 as we do not have proper technology or money,” he said while speaking at a conference held by the United Nations Development Program (UNDP) in Dong Nai.
The US stored a huge amount of dioxin including Agent Orange, Agent White, and Agent Blue at the airbase to use as defoliants and clear the forests used as natural cover by Vietnamese revolutionary forces.
Between 1969 and 1970, 2,500 liters of Agent White and 25,000 liters of Agent Orange leaked into the environment, including lakes, Son said.
READ MORE

Posted by AgentOrangeZone at 6:40 AM